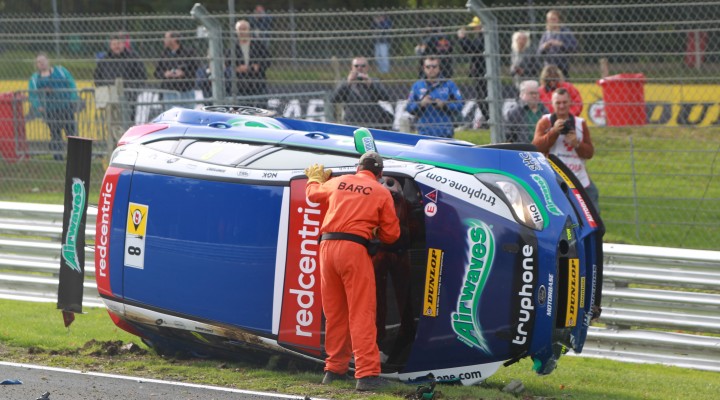 In a incident that is yet to be fully understood, it is alleged that the Irishman crashed while trying to take avoiding action from another car who had run wide ahead of him.

Onboard footage of the high speed shunt will appear in tomorrow’s live ITV4 broadcast, which gets underway at 10:45am.

Smith was cleared after a check-up at the circuit’s medical centre immediately after the accident, again highlighting the safety and strength of the NGTC machines.

“I am shaken but I am all ok,” said Smith. “There is no fault of Wrathall or Jackson ahead but as Jackson ran wide, Wrathall then stood on the brakes with me close behind him. I’m optimistic for tomorrow but I’m not sure about today.”

Airwaves Racing are frantically working on the #8 Ford Focus but it is not yet clear if Smith will contest qualifying later this afternoon.