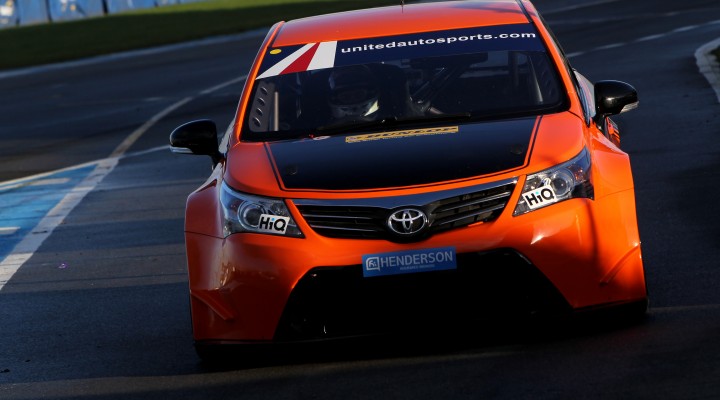 United Autosports has been granted two TOCA BTCC licences under the new regulations set out by the organisation and will field two Toyotas for drivers James Cole and Glynn Geddie.

Cole drove a half-season in the 2013 BTCC with Team HARD, whilst Geddie won the European Supercar Challenge Championship with United Autosports. Both experienced racers will now drive the race-winning Toyota Avensis in Britain’s biggest and best motor sport series.

United Autosports, which started competing in 2010, is entering its fifth year of competition and is now adding top-level tin-top racing to its portfolio alongside its sportscar and GT commitments.

“The British Touring Car Championship is the most popular motor racing series in Great Britain outside of Formula 1,” said Zak Brown, Team Owner. “It’s seriously competitive, the racing is exciting and it’s commercially viable, as the capacity grids show. I’m thrilled that United Autosports are going to be part of the BTCC as well as continuing our strong presence in the British GT Championship.”

Team Owner and Managing Director, Richard Dean, was equally enthusiastic about the squad’s graduation the BTCC. “We are really excited to be entering the 2014 British Touring Car Championship. It’s a new direction for the team and the BTCC is known across the country as a highly competitive championship so we are looking forward to taking on the new challenge. We have a strong driver line up in James and Glynn; James’ BTCC experience and Glynn’s pure driving skill will be invaluable to the team in 2014.”