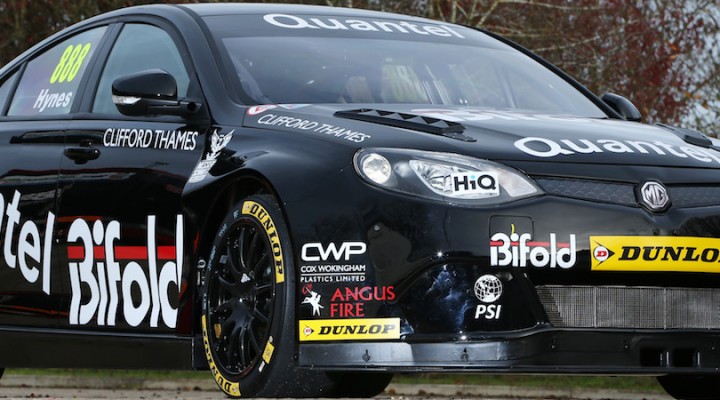 Hynes, 35, will race a Triple Eight-prepared MG6 and will dovetail the BTCC programme with his current management role with the Marussia F1 Team.

Hynes’ title-winning racing career includes the 1995 Formula Vauxhall Junior Championship, 1997 British Formula Renault Championship and the 1999 British F3 title, as well as the prestigious Marlboro Master of F3 at Zandvoort in Holland. He went on to test for the B.A.R F1 Team before switching focus to the operational side of racing, acting as driver coach and mentor to such rising stars as Lewis Hamilton and Paul di Resta. Hynes has been a key member of the Marussia F1 Team’s management structure since its inception and will continue with the Team in his role as Head of Driver Development, attending the majority of races on the 2014 calendar.

‘’I am hugely excited about racing in the BTCC. The series is looks better than ever; strong Teams and Drivers with big crowds and great TV coverage. The BTCC package presents a commercially viable formula, which is pretty rare these days. I always knew that I had unfinished business in a racesuit and I feel very privileged to have been presented with the opportunity to go racing with Triple Eight. Their record in British Touring Cars is remarkable and they are a Team that I have long admired. Testing starts soon and I can’t wait to get back behind the wheel.”

Team boss Ian Harrison said: “Naturally we are delighted to be running a third car next season, with the added bonus of a driver of Marc’s pedigree in the cockpit. I worked with him in 2008 at Bathurst and Philip Island, so I know what Marc can do in a tin-top. Being able to get his car built and out testing early will give him the opportunity to get to grips with the NGTC car prior to the start of the season and it is then a case of learning to race the car in the BTCC environment, which can be quite challenging.”