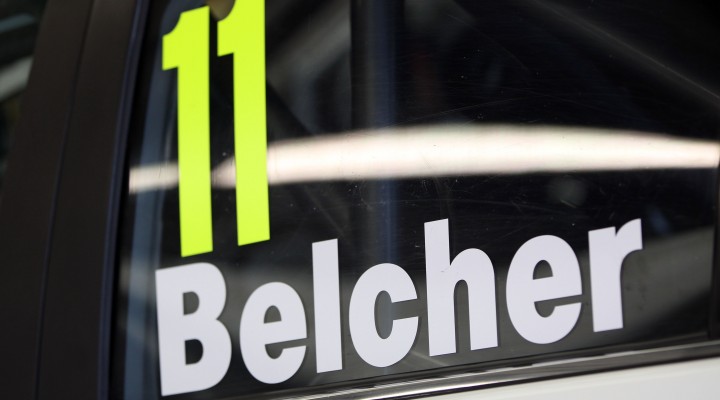 Swindon racing driver Simon Belcher will officially unveil the brand new livery which will adorn his Toyota Avensis in the 2014 Dunlop MSA British Touring Car Championship as part of the annual Autosport International Show next week, at the National Exhibition Centre in Birmingham.

Making a variety of appearances across all four days of the event, the BTCC newcomer will first reveal the colour-scheme of his NGTC touring car on the Dunlop BTCC stand [No.6440] at 11.00 on the opening trade day of the show next Thursday, 9th January.

Followed on Friday, 10th January, by an exclusive live interview on the main Autosport Stage at 12.00, where the 39-year-old will discuss his BTCC graduation and goals for his maiden campaign, Belcher will then join fellow touring car competitors for an autograph session at the Dunlop stand during the afternoon of Saturday, 11th January – the first public day of the show.

Remaining in attendance for the final day at the NEC, Sunday, 12th January, the double Renault UK Clio Cup ‘Masters Cup’ Champion is looking forward to meeting as many touring car enthusiasts as possible, as well as helping to promote chief sponsor KÄRCHER.

Preparing to debut in the UK’s biggest and most popular car racing championship this year, realising his long-held dream of competing in the BTCC, Belcher – who will race under the Handy Motorsport banner with the Speedworks Motorsport team – cannot wait for the show to begin.

“Being able to unveil our BTCC livery at Autosport International is a really exciting start to the New Year, I can’t wait for the doors to this year’s show to open”, said Belcher. “Everything has been coming together really quickly since we announced our move up into the BTCC in late-November, it’s a dream come true.

“I’m very grateful to the organising team behind the BTCC and everyone at Dunlop for giving us the opportunity to be part of the Dunlop BTCC stand at the NEC, especially as this is undoubtedly the biggest year of my motor racing career. I’m really looking forward to the show, it’s going to be fantastic and the perfect way to start 2014.”

Going into the New Year the Wiltshire racer has received a boost from his local newspaper, the Swindon Advertiser, which listed Belcher at number 20 in the county’s top 100 local sporting success stories of 2013 – off the back of his second successive Masters Cup triumph in the BTCC-supporting Renault UK Clio Cup.