Autosport International: the show so far 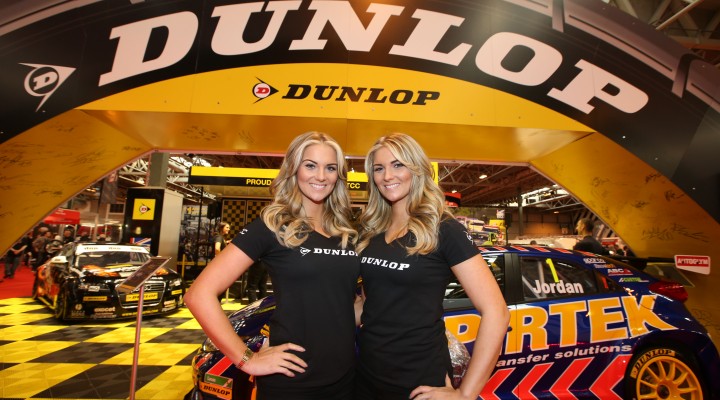 The Dunlop MSA British Touring Car Championship is being represented all over the 2014 Autosport International Show at the Birmingham NEC this weekend. In the past two trade days there have been a number of announcements and unveilings, so we’ve put together a quick round-up before the show is opened to the public tomorrow.

The show kicked off with Rob Austin Racing’s new Audi A4 livery being revealed, with new title sponsors Fast Exocet announcing their continued involvement with the popular team.

Soon thereafter, newcomer to the BTCC Simon Belcher also revealed the livery for his new car – the KÄRCHER-backed Toyota Avensis. The striking black and green colour scheme has attracted a lot of attention, and people are eager to see what the former Renault Clio Cup racer can do behind the wheel of a proven NGTC car.

Robb Holland confirmed that the BTCC will be the first championship in the world to see the new Audi S3 Saloon in racing trim, Ollie Jackson announced his move to Welch Motorsport and Sam Tordoff confirmed that he’ll line up alongside Jason Plato once again in 2014 in a bid for the overall drivers’ title. On top of all this came the exciting announcement of a new media partnership between the BTCC and Haymarket that will see even more great content across the publisher’s hugely popular titles over the next three years.

In addition to the announcements and unveilings there has also been a programme of driver interviews conducted by Alan Hyde on the BTCC stand. These are set to continue throughout the weekend, and to make sure you don’t miss out on seeing your favourite drivers you can view the schedule of interviews here.