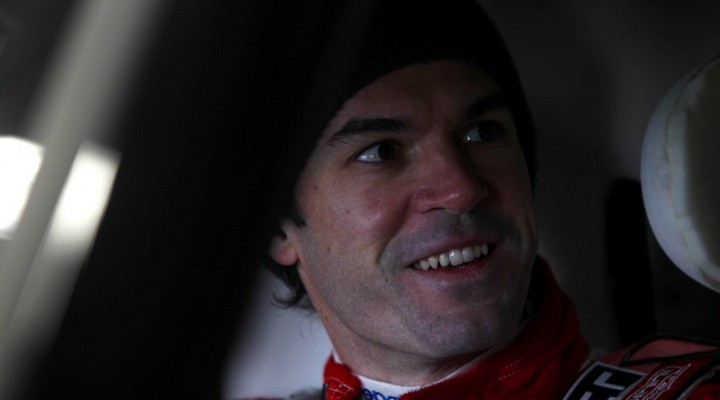 Tin top fans could be forgiven for not knowing about the talents of Marc Hynes before he was recently announced as the third MG driver at Triple Eight Race Engineering for the 2014 BTCC season. Those whose memories stretch back further and wider, however, will remember him as one of Britain’s bright young talents who seemed destined for Formula One.

In 1995 Marc won the Formula Vauxhall Junior series, fending off the challenge from the likes of future F1 and IndyCar star Justin Wilson. Formula Renault title success followed in 1997, before he graduated to Formula Three.

In 1999 British F3 boasted the names Narain Karthikeyan, Luciano Burti and a young Englishman by the name of Jenson Button. Takuma Sato, Giorgio Pantano and Christijan Albers also enjoyed the odd outing during the season, but it was Hynes that stole the show.

Hynes won the first two rounds at Donington Park and Silverstone respectively before Button took his maiden F3 victory next time out at Thruxton. Three more wins followed for Hynes, including the British Grand Prix supporting round, and he eventually held on to win the championship from Burti and Button.

He also won the much-coveted F3 Masters mid-season and seemed destined for even greater things in the future. British F3 had after all seen more of its champions promoted to F1 than any other series, but it just wasn’t to be for Hynes.

All of the aforementioned drivers made it at some point in their career, including Button of course, who was signed by Williams after that 1999 F3 campaign.

Hynes enjoyed a run with BAR but finances ultimately played a part in his lack of progression, as deals in the likes of F3000, Formula Nippon and Indy Lights, which could have propelled him to Formula 1 at a later date, ultimately didn’t come off.

The man himself is far from bitter, however, about the path of his own career.

“When I set off in my career I wanted to be a Formula 1 driver but it’s very tough,” he said. “As a general rule the cream does rise to the top in F1. They’re all great drivers but there are probably another 30 or 40 drivers out there that’ll feel they’re good enough too. The guys that get to F1 that don’t have the top ability don’t last very long.”

He’s contested the odd race in numerous series’ since then, but Hynes would eventually go on to make a name for himself in Formula 1 – in charge of driver development at Marussia. He’s coached a number of great drivers down the years – including Lewis Hamilton – but Hynes feels the time in now right to make his own racing return.

“It’s an exciting new year and it almost feels like a completely new career,” said the former single-seater ace. “It’s a huge privilege to be driving for Triple Eight. Jason (Plato) is a guy I’ve known for years and I’ve always admired his racing. It’s always been one of the biggest series’ in the world and expectations at Triple Eight are always high. I’ve definitely got a car that can win the championship but I’ve obviously been out for a few years – I’ve got a lot to learn but I’m in the right place to do it.”

Hynes tested the MG6 for the first time at Brands Hatch prior to Christmas and has a programme of testing ahead – including a trip to Spain – before getting his maiden BTCC campaign underway in March.

“I need some testing,” he notes. “It had been five and a half years since I’d driven a racing car and it was quite a shock to the system. The next day I was at Snetterton and the fog was out until lunchtime, which reminded me all about British winter testing. I started to get back into it at another day at Brands before Christmas – getting into the groove a little bit – so I’m looking forward to driving the car in the dry and continuing the learning process.”

Despite the steep learning curve ahead, Hynes is ultimately here for one reason only: to win.

“I’ve had a good record,” he concluded. “You don’t enter a championship unless you think you can win at some point in the future, but it’s a bit of a tall order to expect that straight away. As the year goes on though and we start to look to 2015 – I am here to succeed, it’s as simple as that. The pace is the first thing I’m focussed on and then on top of that you have to deliver it with 30 odd other cars out there – I’m looking forward to getting stuck into it. It’s a famous championship with a great heritage and it makes for a brilliant spectacle.”