Plato: “We’re better prepared than ever” 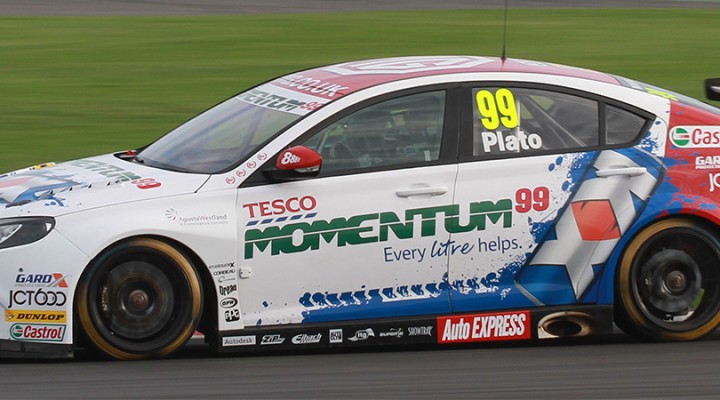 MG KX Momentum Racing’s Jason Plato took more wins and pole positions than any other driver in 2013, but his season was punctuated by five non-finishes that left the two-time champion 17 points adrift of Andrew Jordan after the final contest.

“I’ve got mixed feelings on last year,” said Plato. “It’s another one that got away and we really should have won it. That’s not taking anything away from what Andrew Jordan achieved – he’s an incredibly worthy champion who deserved it and drove brilliantly all year, but we let it get away.

“Three of our five DNFs came when we were leading and would have had guaranteed wins, but I am an eternal optimist so I look back on the good points: the second half of the year we were the pace, we won more races and got more poles than anyone else. Most importantly, we got the car working in the wet as we demonstrated in the final meeting at Brands Hatch.”

Plato is sure that the MG squad will start 2014 in the right place following a quite public mid-season confrontation within the team.

“The best thing from my perspective came out of something that was quite negative,” he continued. “At Snetterton and Knockhill I was pretty critical of the team for mistakes that were being made. That’s quite a bold thing to do openly, and I didn’t take the decision to do it lightly. I’m a part of the team – I wasn’t pointing fingers, but as a team we’d gone off the rails a bit. We did a lot of soul-searching, we fell out, we made up, and we came back out at Silverstone a different outfit. And then we blew everyone away. That’s the good bit for me, to give the team a kick and for everyone to raise their game and pick it back up was a really rewarding thing and it’ll make us a better team and stronger going into 2014 because of it.”

The team is also making changes to the MG6 model that has run in the BTCC since 2012. Plato is confident that the work being put in now will pay dividends when racing recommences, and concluded, “This is also the first year where we’re doing some meaningful development over the winter. The aerodynamic package hasn’t changed since the initial design and we didn’t have time to do any wind tunnel testing as the project came together so late on. Now we’re redesigning the front end, so I think from a preparation perspective we’re better sorted than we ever have been. We know the car is inherently quick.”