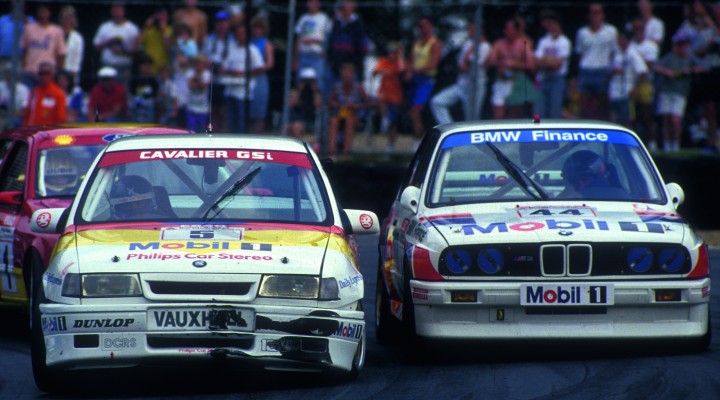 A new three-part series documenting the history of the British Touring Car Championship is to be shown on ITV4, with the first episode airing at 8pm on Wednesday 5 February.

The series tells the inside story of the British Touring Car Championship from the first race on Boxing Day 1957 to the present day. Narrated by Tiff Needell, the three one-hour shows mix evocative archive footage with bespoke interviews with the major protagonists, from drivers to team managers to Murray Walker. Each episode focuses on a different period, shedding fresh light on the legendary drivers, the legendary cars and the legendary moments that have made the BTCC such a success.

Touring Car Legends has been written and directed by Gaucho Productions Managing Director, Alistair Weaver. “I fell in love with cars watching the Ford RS500’s do battle in the 1980s so this project has been a real treat for me,” he says. “The British Touring Car Championship has always been about the cars and the characters and with the passage of time we’ve been able to tell what really happened in some of the sport’s most memorable moments.”

John Claridge, Head of Programme Strategy at ITV4, adds: “ITV4 is the home of the British Touring Car Championship and the Touring Car Legends series is an ideal compliment to our coverage of the 2014 season. We’re delighted to be working with Gaucho again on another insightful sports documentary – the show will appeal to both the diehard Touring Car enthusiast and the casual viewer interested in great characters and great racing.”

Check out this teaser trailer for the show, and don’t forget to tune in for the first installment: