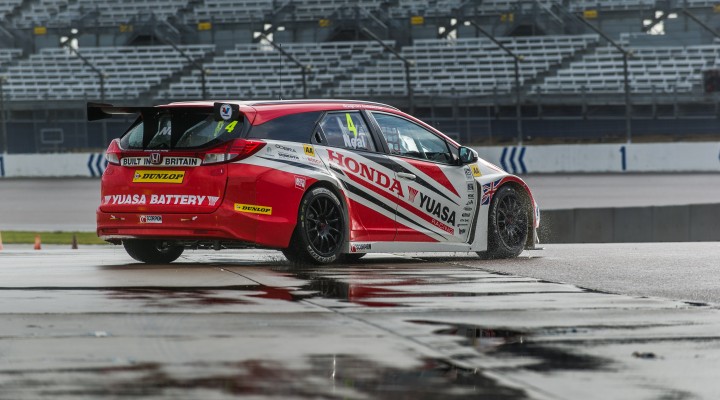 Honda Yuasa Racing’s new-for-2014 BTCC machine hit the track this week as the manufacturer ran a series of media days at Rockingham Motor Speedway. The Civic Tourer has been running for four days at the Northamptonshire circuit with 25 members of the media getting a run in the car each day.

Whilst the car hasn’t run to its maximum during the week, and of course carrying the extra ballast of a passenger, the new machine has run flawlessly throughout.

Both Matt Neal and Gordon Shedden have been putting the car through its paces, and scaring the wits out of the attending media at the same time. The squad wraps up its event later this afternoon and will now embark on its pre-season testing programme over the coming weeks.

Click here to see a gallery of the new Honda Civic Tourer at Rockingham Motor Speedway.