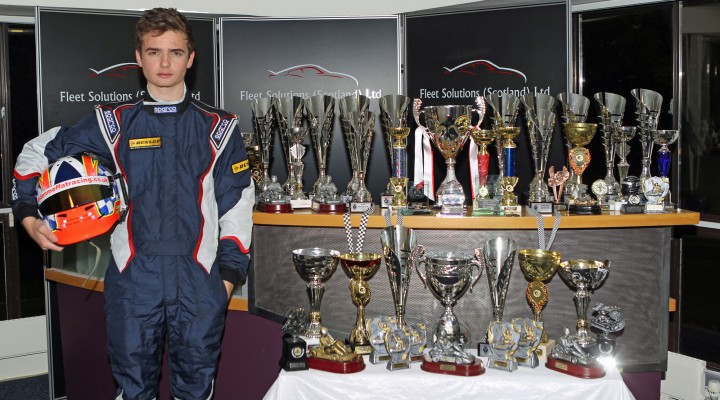 Aiden Moffat, who became the youngest ever driver in the Dunlop MSA British Touring Car Championship last year, has secured title sponsorship from Laser Tools ahead of a full 2014 campaign under the Laser Tools Racing banner.

The Warwickshire-based tool distributor and manufacturer Laser Tools has recently been one of the title sponsors of a team in the FIA World Touring Car Championship before switching its attentions to the BTCC.

“We have been watching Aiden Moffat carefully over the past twelve months.” said Laser Tools Managing Director, Martin Smith. “We have had success with WTCC sponsorship over the past few years but have felt that the BTCC series could offer us exciting opportunities. When Aiden announced his plans for 2014 with the NGTC Chevrolet Cruze it was a perfect fit and our partnership with the talented young Scottish driver was formed.”

Aiden commented: “I’m very excited to become involved with such a professional outfit as Laser Tools. Laser Tools Racing is my family for the 2014 season and I fully intend to repay their faith in me during the season. We know that with the stunning field that has been assembled in 2014 the BTCC is an amazing place to be and I am sure I can give my sponsors and my fans plenty to cheer about. Bring it on!”

Team Manager Bob Moffat is also excited: “It is clear that we have a potentially very competitive car and with the backing of Laser Tools Racing, a very competitive team – we are confident that Aiden is going to be the driver to watch for the 2014 season. We have been exceptionally careful about who we have partnered with as we want to do the job right. There have been a lot of people who wanted to be on board because they see Aiden as an opportunity, but by working with the likes of Laser Tools Racing and our media partners we can stand shoulder with any other team on the grid and we see this as the way forward for Aiden and the team.”

The new livery for Aiden’s Chevrolet Cruze will be formally unveiled at the BTCC Season Launch at Donington Park in March.