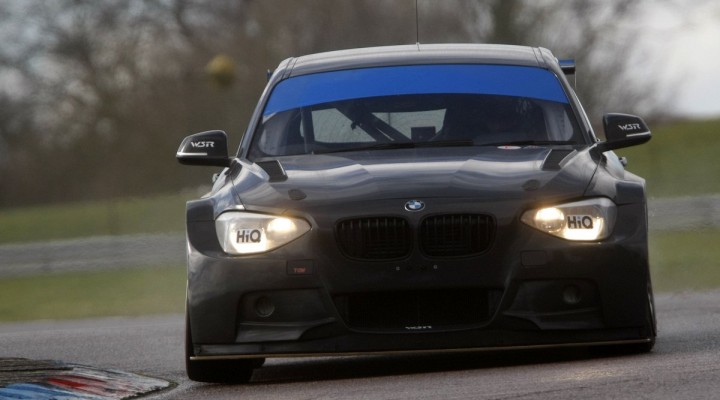 More than a dozen of BTCC’s 2014 line-up ventured to Thruxton on Tuesday (18 February) as the ultra-quick Hampshire circuit opened its gates to a plethora of motor sport machinery for a successful first general test day of the year.

Perhaps as a precursor to the famously fickle British summer, a day of mixed conditions greeted no fewer than 54 competitors from a variety of different championships, with the full TOCA support package also being represented in one way or another.

One of the undisputed stars of the show was Honda’s new Civic Tourer, which made its first public appearance ahead of its debut in the Dunlop MSA British Touring Car Championship this year. Both Matt Neal and Honda Yuasa Racing team-mate Gordon Shedden took turns behind the wheel of the sole Tourer, whilst the squad also ran its 2013 Civic as the two machines continue to be compared and evaluated.  Defending champion Andrew Jordan and BTCC returnee Martin Depper headed out in Pirtek Racing’s Civic hatchbacks.

Chevrolet Cruze driver Aiden Moffatt, who last year became the youngest driver ever to race in the championship aged just 16, was also in action. His day ended prematurely, however, after suffering an early morning accident when the conditions were at their most treacherous.

The BTCC will return to Thruxton on 3-4 May, when it will be supported by feeder series in the form of the Michelin Ginetta GT4 Supercup, Ginetta Junior Championship, Renault UK Clio Cup, Dunlop MSA Formula Ford Championship of Great Britain and Porsche Carrera Cup GB. Click here to buy tickets.