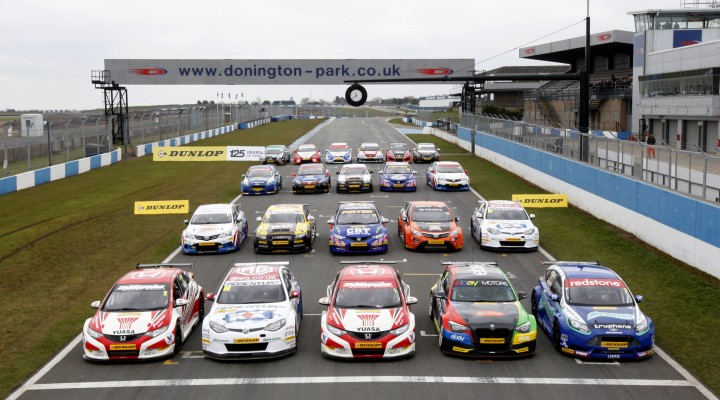 Can you remember the same sense of anticipation for a BTCC season in recent years as we have for the 2014 campaign? Every day, it seems, there is more news, be it about drivers being announced, sponsors confirmed or teams testing.

Where to start? Let’s start with the entry list as we know it, especially now that in terms of previous champions we are 7-Up. Six of them have locked out the championship top slot since 2005, and a previous double champ takes you back to 2000 and then to 1997. On a recent Ask Adders on Twitter, the question was posed as to which of the newcomers could I see winning the championship? Well, Marc Hynes is perhaps the best of the rookies in with a shot, but I really can’t see someone in their first BTCC season winning the crown, especially against the Magnificent Seven (note to self: must think of new strapline by March 30th…) and the likes of Sam Tordoff and Rob Austin who have won a race but not a title.

The return of Alain Menu and Fabrizio Giovanardi gives the championship a number of things: an international feel again is one aspect; two big-name drivers is another but also it will strengthen the reputation of those that can beat them. That is one reason why this year’s BTCC is going to be action-packed: a lot of people have a lot on the line.

So can Gio and Menu win races? Yes. And no. Both have proved their abilities in the BTCC and in other categories, and you wouldn’t get much of a hearing if you tried to argue that they weren’t class acts. But just look at what will be in the cons column for a moment: they haven’t raced NGTC cars yet, they’ve been out of the championship for a few years so they need to reacquaint themselves with the hurly-burly of the BTCC, they haven’t become younger and are up against an increasing number of young guns, and they are driving for teams that didn’t win a race in 2013.

Team BMR for Menu is on the ascendancy. It arrived last year for Warren Scott and once he’d moved to NGTC technology, we saw his – and the team’s potential. Scott has big plans for the team and putting Menu in a seat will be a massive boost to develop the car and moving the team forward. Can that be done in time to give Alain a race-winning car? I hope so. There is a school of thought that says the Swiss was the best Super Touring driver of all time and it’s hard to argue with that. I really hope that he has the tools to do the job. The same applies to Giovanardi – we know what he can do but heads to Airwaves Racing, which had a tough time in 2013. Not appalling, not hide-the-sharp-implements, but disappointing by its high standards. Team Principal David Bartrum won’t want a second season like that and putting a Fab driver behind the wheel is one way of getting back on track. Fine, box ticked – the man behind the wheel doesn’t lack ability, but the overall package depends on Airwaves overcoming its problems of 2013. If it can, stick some money on him for a third title.

Testing is underway and offering a chance for people to get some running in, crucial for those with new cars or indeed those new to the BTCC. Aiden Moffatt has shunted his Chevrolet Cruze at Thruxton but hopefully that is out of his system and the next sessions will be productive; eBay Motors was at Thruxton with its aero-refined BMWs and Colin Turkington looked as rapid as ever; Tom Ingram joins the BTCC with Speedworks and has been out gaining mileage while Twitter is always alive with news of where Rob Austin has been testing with Sherman!

We still await confirmation of the final two seats at Airwaves but already the championship looks set for an epic season. Realistically, I reckon 17 drivers could win a race. Not all will and some will need some luck to do it but it is possible, but more than ever drivers will need to score well and score consistently. Hopefully, that thinking-of-points mentality won’t affect the racing – this is the BTCC after all, so it should be as frenetic as ever, but with so many potential winners and so many potential champions it will make for a very difficult season. Suffer a DNF and you may be on the back foot, but if wins and points are being shared across a big number of drivers, it will be hard for anyone to really make a break. And that should make October 12th a tremendous day at Brands Hatch.

Like you, I can’t wait for the start of the season. The Season Launch on March 18th seems ages away but that will be our first real indication of who is quick and then we start to get an idea of how the season may pan out. Doesn’t time drag in the winter?