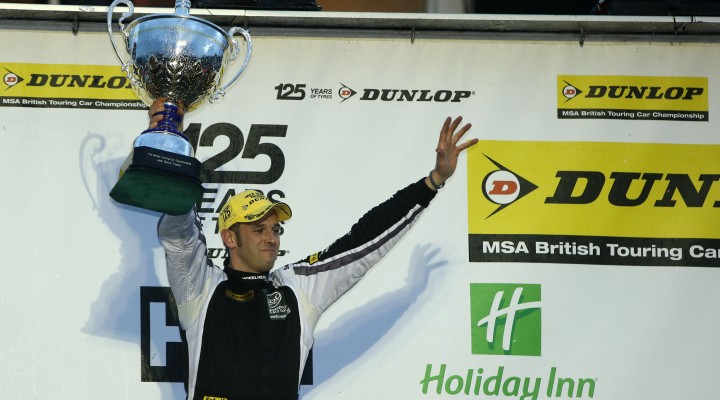 Wood dominated the category for S2000 cars last season, taking 18 victories from 30 races, and the Hereford driver will get a chance to defend his crown while also fighting for overall honours.

The race car is a newly built NGTC Toyota Avensis and will sport the familiar Houseman Branding alongside new sponsor Morris Lubricants and seasoned campaigners Wheelheaven, Central Group & S & P. With the deal only being agreed in January, the team have been working around the clock ever since and the car is expected to make its public debut at the BTCC Season Launch at Donington Park on 18 March.

Lea Wood said: “We’ve worked so hard to make this happen over the winter and I’m delighted to be able to confirm our involvement in the BTCC. Without the Jack Sears Trophy last year and the increased exposure we gained from that then this would not have been possible, but more importantly it simply wouldn’t have happened without the continued support from Houseman.

“Our existing family run team, JWT Performance, has joined hands with Rob Houseman, the CEO of The Houseman Group, which is fantastic. We are also extremely proud to welcome Morris Lubricants on board for 2014. Morris is a major player in the oil industry in the supply of performance lubricants and the BTCC is a superb platform to promote this.

“There’s going to be a learning curve for sure, as the NGTC car will be new to us, but we’ll be trying to get up to speed as quickly as possible. It won’t be easy of course as the championship is looking extremely competitive – we’ll be targeting points in the first instance and then really looking to build on some solid results.

“It’s just a dream to be involved in the BTCC at a time when the championship is going from strength-to-strength and we’re all really looking forward to the challenge.”

Andrew Goddard, Managing Director of Morris Lubricants, said: “We are delighted to support Lea in the BTCC throughout 2014. Lea is a great ambassador for the sport and our brand. He is most certainly one to watch for the new season.”