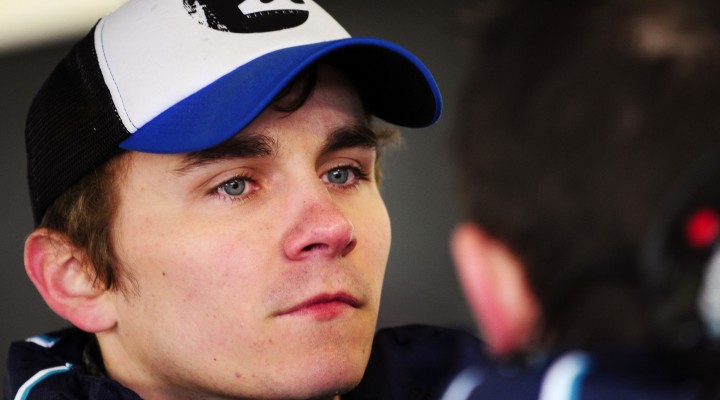 Having recently announced his return to the Dunlop MSA British Touring Car Championship for 2014 with Team BMR, Aron Smith is feeling confident that he can challenge for honours this season.

“My only goal this season is to win, there’s no excuses,” said a buoyant Smith as he finalises preparations ahead of a planned three-day test next week. “I’m arguably in one of the best cars on the grid, with the right team of engineers and mechanics behind me, to challenge from rounds one to 30.”

Confident in the car’s capabilities, Smith has also worked on his fitness during the off-season. “I’ve been working so hard during the off season,” he continued. “Between the gym, bootcamps and other training, I’ve been doing a minimum of 10 hours every week to try and put myself in the very best position to achieve every available tenth of a second.”

Despite the majority of BTCC teams having already clocked many testing miles ahead of the season, Team BMR says it has ‘focused on ensuring that every detail of the newly developed cars are absolutely perfect’ before making their bow. Now with the pre-season development complete, the squad plans to embark on an intensive three-day test next week.

“I’m really looking forward to getting our testing programme under way,” Aron beamed. “Geoff Kingston has done a superb job on the cars, they are genuinely a piece of art. It was love at first sight when I went to see them for my seat fitting and I’ve no doubt they will be just as fast as they look!”

Further boosting Smith’s confidence ahead of the championship media day in just over a weeks time is the announcement of a brand new partnership with the UK and Ireland’s leading online e-Tailer in Car Parts & Accessories, MicksGarage.com.

“I’m absolutely thrilled to have MicksGarage.com as my newest sponsor for the 2014 season”, Aron concluded. “They’re a fantastic Irish company who provide a great service. We’ve got some really great plans to work together this season which I hope everyone will enjoy being a part of.”

Ciaran Crean, MD of MicksGarage.com, was equally excited about the new partnership. “MicksGarage.com are delighted to be associated with the British Touring Car Championship and in particular our sponsorship of Aron Smith racing for Team BMR.

“We are very excited for the coming season and wish Árón and his new team the very best for 2014. As the UK and Ireland’s largest Car Parts & Accessories e-Tailer with over 1.5 million products available, MicksGarage.com hope the partnership with Árón in the Dunlop MSA British Touring Car Championship will introduce our unbeatable offering to a whole new audience.”