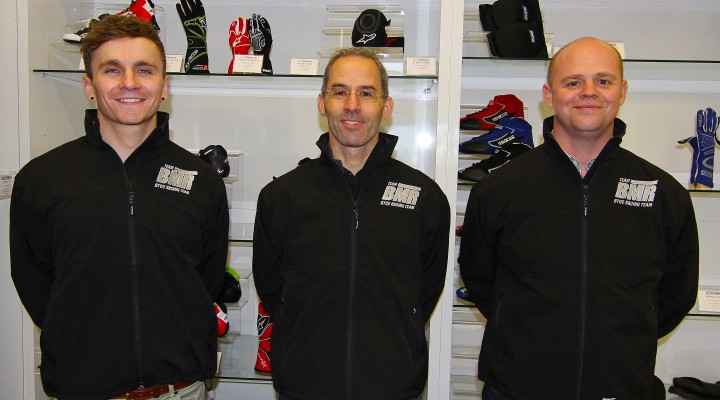 CHROME Edition is being launched to the UK after several years of research and development, and has secured title sponsorship of Team BMR in the BTCC alongside 2013 title sponsor Restart Revitilizer drink. The team recently announced the sensational return of two-time BTCC champion Alain Menu, who will race a VW Passat alongside young-gun Aron Smith. Team principal Warren Scott will also race under the new banner, starting off the 2014 campaign in a Vauxhall Insignia before planning to switch to a third VW Passat mid-way through the year.

The BTCC continues to attract and promote UK business, and CHROME Edition is to be manufactured in the UK and will initially be releasing a range of automotive cleaning products before developing additional items to the collection based on feedback and demand from their customers. The products have been extensively tested in every level of the market and will be suitable for individuals, garages, valeters, detailers and race teams alike.

Restart Revitilizer drink was introduced to the BTCC market in 2013, seen on Warren Scott’s Seat Leon S2000 car and subsequently carried onto the NGTC VW Passat CC that he raced in the second half of the season. Now in its second year of title sponsorship, the alternative energy drink will adorn three cars on the capacity grid expected this season.

A spokesperson for Restart commented, “We are proud to be involved with Team BMR this year and are excited the way the plans have come together – being fairly new to the UK market it is important for us to make an impact. We believe being part of CHROME Edition Restart Racing will give us a great platform from which to build on. It is also of importance to demonstrate why Restart is so different to other energy drinks on the market. Essentially Restart Revitilizer is a healthy drink which contains only natural ingredients, no caffeine, no Taurine, just pure spring water, honey and vitamins which gives our body’s the essential tools to release it’s own energy.

You can see the three CHROME Edition Restart Racing cars in action at the only official pre-season test on 18 March at the Season Launch at Donington Park. Click here for more information.