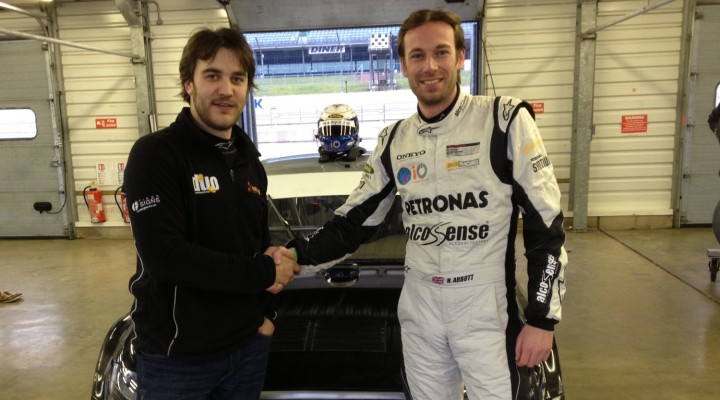 Abbott, from Maidenhead, will enter his first season in the UK’s premier motor racing championship as team-mate to proven race-winner Rob Austin. Major sponsorship for the 33-year-old will come from award-winning alcohol breathalyser manufacturer AlcoSense.

Abbott is an accomplished racer with numerous podium results in British and international GT competition. He also has extensive knowledge of the circuits on the BTCC calendar having been a front-runner in the supporting Ginetta GT Supercup category in 2012.

He has already had his first taste of the turbocharged, 300bhp, 2-litre Audi A4 that he will race for Rob Austin Racing in 2014 with a test session at the Rockingham circuit in Northamptonshire last Thursday (6 March) and he’ll now join the rest of the huge BTCC field for next week’s Season Launch and only official pre-season test at Donington Park.

Hunter Abbott said: “Watching the BTCC in the Nineties is what made me want to race in the first place. Racing in the BTCC is the realisation of part of a childhood dream and finally I’ve got an opportunity to do it – and with a team that’s clearly on the up. The deal has come together quite late but I got my first run in the Audi (Thursday Rockingham) and I’m pleased with how it went. Rob and I shared a car in 2008 in British GT and we like the same things. The power delivery in a turbo car took some getting used to but I immediately felt at home in the Audi.”

Team Principal Rob Austin said: “I’m very excited about having Hunter in the team – particularly having seen how quickly he got into the groove at Rockingham in less than ideal track conditions. He’s driven for me in the past and always been very rapid. All the team are immediately very impressed with his approach and we’re looking forward to the season together.”