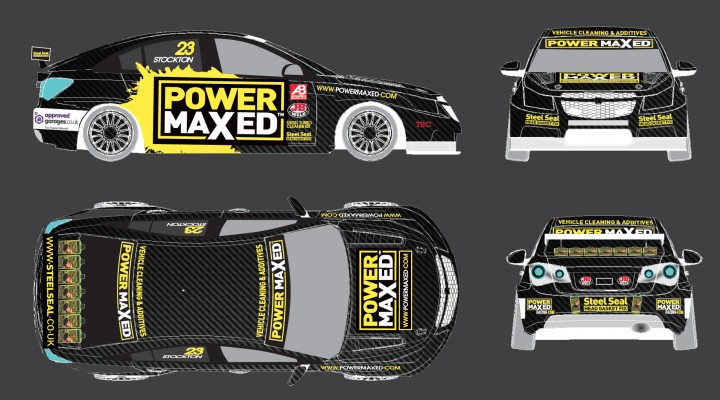 Power Maxed Racing has prepared its Chevrolet Cruze ahead of tomorrow’s (18 March) official BTCC Season Launch at Donington Park, and the team has released a video of the car being wrapped.

The design, which the squad asked fans to contribute towards, largely features the striking yellow Power Maxed logo with a prominently grey colour scheme.

The Cruze, along with a number of other cars from the 2014 BTCC field, will make its public debut tomorrow…

Watch the wrapping video below: