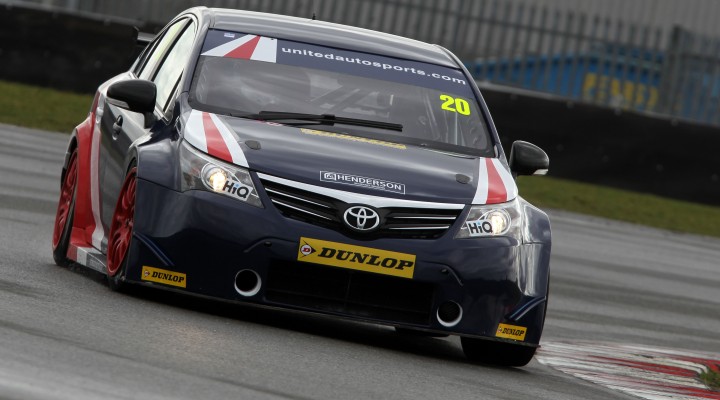 Having competed in races on four continents since the team was founded by American entrepreneur Zak Brown and British former single-seater racing driver Richard Dean, a brace of Toyota Avensis touring cars will line up on the capacity grid for the opening three rounds of the 30-race series at Brands Hatch in Kent.

United Autosports undoubtedly has an international history, but now has its sights firmly set on the biggest prize in UK motor sport. Team Owner Richard Dean is pleased with the team’s winter progress and said, “Joining the BTCC is a big deal for us and we are keen to make a good first impression, which hopefully we have already managed to achieve in pre-season testing.

“We spent the winter re-building James’ Toyota while also building a brand new Toyota for Glynn. The guys at our workshop have done a great job getting everything ready for the Brands opener. We have covered more than 1,500km during testing, in both wet and dry conditions, so we are putting the time in to prepare ourselves as best we can.”

With James Cole – who got his first taste of BTCC action last season – alongside GT ace Glynn Geddie, the team hopes to make an impact in its first competitive BTCC year. Cole, who raced a Vauxhall Insignia for the first 15 rounds of 2013 said, “Testing has been really good and the team has quickly become accustomed to the Toyota. I guess our ‘true’ pace compared to the opposition will only be revealed in qualifying on Saturday but I’m heading to Brands to compete and not just make up the numbers. BTCC continues to gain in popularity and it was always my intention to switch to touring cars after my single-seater career. The BTCC has a fantastic future and I’m looking forward to being a part of it for many years to come.”

Cole’s team-mate Geddie is new to the BTCC this year, but is relishing the chance to go wheel-to-wheel in front of the biggest audiences in UK motor sport. He said, “The timing to make my BTCC debut is spot on while racing with United Autosports after winning the Supercar Challenge with them last year is a perfect scenario. I last raced a front-wheel-drive car back in 2006 when I began my motorsport career in a Mini championship and adapting back again after racing Porsche, McLaren and Audi GT cars has taken some readjustment. I’m also excited to be contesting ‘sprint’ races again after recent years in longer distance, two-driver GT races.”

You can watch all the racing action from the opening weekend live and in HD on ITV4 from 10:30am.