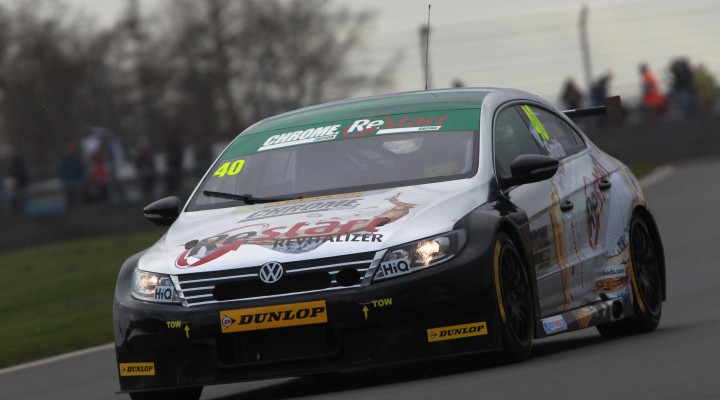 Irish racer Aron Smith is brimming with confidence ahead of the 2014 Dunlop MSA British Touring Car Championship. Following a year of two halves at Airwaves Racing, the 24-year-old has made the switch to Chrome Edition Restart Racing to pilot a VW CC alongside championship returnee Alain Menu.

Smith hopes to learn all he can from his double-champion team-mate, however is adamant that the new generation of BTCC drivers is in the ascendancy. Following a strong winter testing programme and fitness regime, the 2012 race winner feels better prepared than ever.

“Testing has been going really well so far,” said Smith. “The team has done a superb job on the car and it’s everything they promised it would be. We’ve had a chance to work through lots of things last week including the new tyre for 2014 and so far its been going great! I feel I’m the fittest driver on the grid this year and firmly believe that with this great car and a fantastic team of people behind me it’s going to be a really strong season for us this year.”

During last week’s weather-affected official pre-season test session Smith posted the seventh fastest time around Donington Park, and commented, “It was cool to finally get the car’s fantastic new livery out into the public in front of so many fans who came to see us in action today. During the dry part of the session once again the car was perfect.”

Smith’s VW will line up to do battle at Brands Hatch this weekend in what promises to be a thrill-a-minute opening weekend. With a huge grid on the tight Indy configuration, predicting the outcome is a near impossibility, but with Team BMR, Smith believes he is “in the right place at the right time.”

The team took advantage of the Season Launch to film a preview to Aron’s 2014 Championship which you can watch below! Don’t forget to subscribe to the Official BTCC YouTube Channel to see exclusive race highlights and more awesome team video throughout the year.