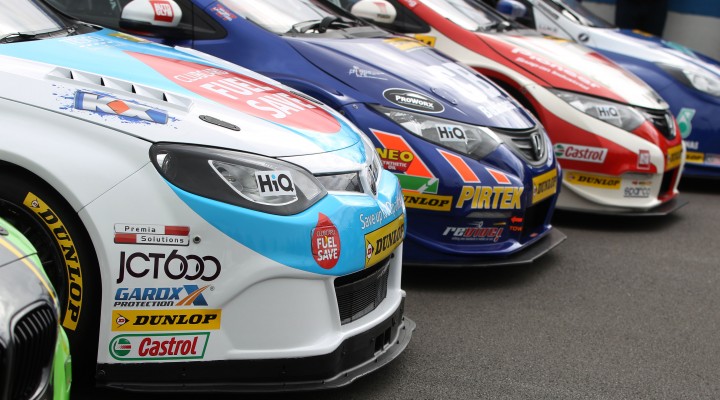 Here’s the third installment of the ‘Moonlighting’ Blog from ITV commentator David Addison:

Recent Moonlighting columns have largely talked about the season ahead and the rather obvious notion that we are in for a stunning year of racing.

So, let’s take that as a given shall we, as engines are ready to fire up for the opening three rounds at Brands Hatch? Instead, let’s ponder the newcomers and their chances.

In fact, let’s widen the net a little and add in the returning drivers too, and start with Fabrizio Giovanardi and Alain Menu, plus a word of congratulation to Airwaves racing and Chrome Edition Restart Racing for enticing them back into the series. On the plus side they are both proven champions and will be a major asset to their teams as they help them to move forward. Airwaves has a head start over Restart in as much as it is an older team, but Warren Scott’s squad has got some good people on board and it is learning fast. Having someone like Menu in the driving seat only help the team to move forward – but are they going to be championship challengers? Sorry but I can’t see it. Race winners, maybe, but not champions. For a start, neither team shone last year, one being new, and the other having all sorts of dramas that it chased on its Ford Focus. Then bear in mind that Fabrizio is 47 and Alain is 50. Whilst age doesn’t necessarily make you slower, it will be that little bit harder to combat the Young Guns, especially over a busy three-race format on a Sunday. Everyone tells you that a BTCC weekend is hard work, and for those that have been away from it for a few years, they may find it even tougher. And then there is the fact that they are new to NGTC technology – or current technology as we now call it as everyone is in the same spec of car. Both drivers are saying that they need more track time to become totally au fait with these cars and that is something that they don’t have. Next time wheels turn, it will be in anger for free practice. Don’t think I’m suggesting that they will be at the back of the grid – far from it, but if you are anticipating either to be champions, I think you will be disappointed. We’ll see…

Next, let’s consider Simon Belcher and Glynn Geddie, experienced racers but new to BTCC. Simon is talking of a three-year-plan and his main ambition is to score points. That is harder than it sounds when you consider how tough the championship is, but whilst Simon may not have front running pace to begin with, Glynn is one you can realistically anticipate being midfield if not better. United Autosports will run his Toyota Avensis and if you have seen Geddie in Porsche or GT racing, you’ll know that he is a fighter. He is exactly the kind of elbows-out, feather-ruffling driver that will make an impact (in every sense) on the BTCC.

His team-mate James Cole is not really a newcomer, but after a troubled part-season we’ve yet to see the best of the former single-seater champion. His BTCC career, really, starts here and with UA and its resources there is no reason why he shouldn’t go well. As long as James attunes himself to how the top BTCC drivers behave and drives accordingly, he will fit in fine. He just needs to adapt from single-seater racing to the hurly-burly of the BTCC.

Chris Stockton falls into the returnee category and his stunning Chevrolet Cruze certainly looks fast. The RML-built car has been a long time coming and while Chris admits he is not here to make up the numbers, he also accepts it is going to be a tough season. The car ran for the first time at Media Day and was affected by the rain so expect giant steps to be taken at Brands, and once the car is dialled in, expect Stockton to be mixing it for a place in the top ten. The perennially cheerful Martin Depper also returns to the BTCC after his ill-fated foray with Forster Motorsport BMWs a few years back. Now, Depper has been very good in club racing, such as MINIs and the Volkswagen Racing Cup, but the BTCC is, as many have discovered, a very tough nut to crack. He has the perfect weapon in his armoury: a Honda Civic run by champion team Pirtek Racing. Potentially, he has just heaped a whole truck of pressure on to his shoulders, or alternatively he has given himself a golden chance to shine. Time will tell.

Reigning Ginetta Champion Tom Ingram heads to the BTCC with Speedworks Motorsport, continuing the link between the North West team, run by former Ginetta racer Christian Dick, and the Leeds-based marque. Ingram shone in the GT cars last year, but will inevitably take time to get used to the rough and tumble of the BTCC but a reverse grid win isn’t out of the question later in the season. Ingram has looked good in pre-season testing and both he and Speedworks will want to prove themselves this year.

Jack Clarke moves to the BTCC after spells in single-seaters and GT cars and his Crabbie’s-backed Ford Focus is one that stands out. For Clarke read Cole: once he has adapted to the BTCC way of racing he should be good for top ten finishes but for now he needs track time. Loud applause as well to Crabbie’s for getting on board so energetically. At the Season Launch the company had a large presence and if you haven’t yet got one of its straw hats or a pair of its sunglasses, you need to. They are…striking! Crabbie’s, like Airwaves and Tesco, are exactly the names we need in the championship: high-street, mainstream brands that move us away from industry-related backers.

Hunter Abbott, a regular Ginetta racer, takes the second seat for Rob Austin Racing, or.. deep breath… AlcoSense Breathalysers Racing (phew) and may take a while to find his feet against the opposition. Abbott is a good pedaller no question, but against 30 other good pedallers life will be tough.

The final newbie is Marc Hynes, my dark horse for wins. Yes, I know he hasn’t raced for a while, yes I know he is new to the championship, the cars and the BTCC way of racing, but I still think he can be a winner pretty early on. When he and Fabrizio Giovanardi shared a Triple Eight Ford Falcon at Bathurst in 2008, Marc was only a fifth of a second away from Gio’s best lap time during the race. Discount him at your peril…