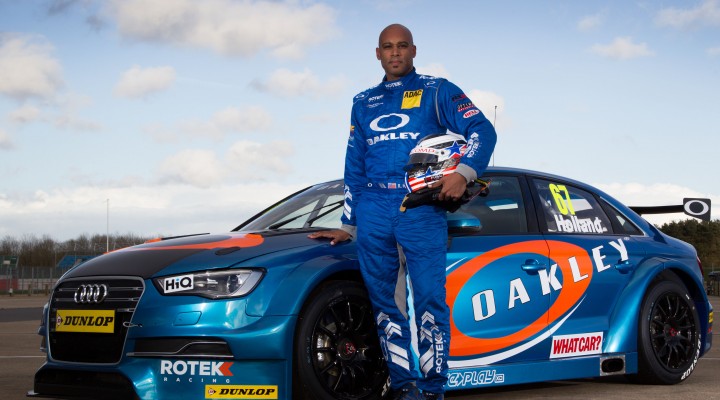 The car ran faultlessly during its track debut on the Silverstone Grand Prix circuit last Friday (21 March), to the delight of the Rotek Racing team.  As a result, Holland – the first American to enter the BTCC full-time – is brimming with optimism as he heads ‘down the Hatch’ for the opening round of the highly-anticipated 2014 season, which will boast a huge 31-car grid that features no fewer than seven former Champions.

“I’m incredibly excited about launching my first full-time BTCC campaign and I’m anxious to run on track and get the racing underway on the Brands Hatch Indy circuit,” said Holland. “I hope this will be the start of a very long and prosperous relationship with the championship.

“I was always adamant that we shouldn’t cut corners to make any arbitrary deadlines and those high levels of preparation and attention to detail have really paid off. The Rotek Racing Audi S3 ran flawlessly and without issue for the duration of the test day at Silverstone. Nothing prevented us from running, which means reliability is one less thing to worry about at Brands Hatch. This is great when you’re running with a brand new car, in a brand new series and on a new race track.”

Holland continued: “Of course, it’s impossible to tell whether we have pace because we have yet to share a circuit with other touring cars and there were no lap times to reference on Silverstone’s Grand Prix layout. However, the car felt solid and I think we’re in the ballpark.”

You can see the Audi A3 Saloon in action this weekend at Brands Hatch. Click here to buy tickets at advanced rates.