On the fast track to Croft 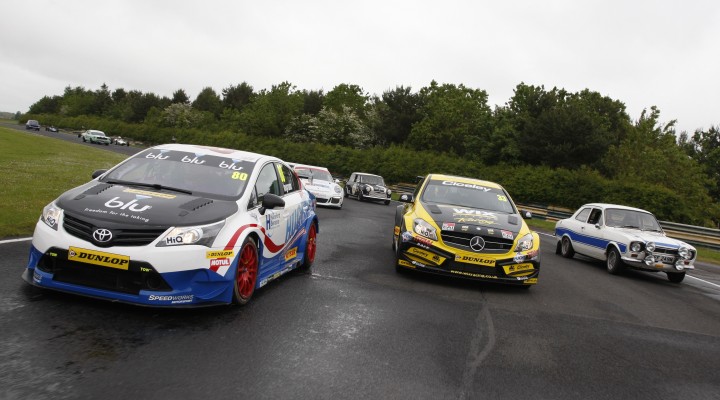 Croft Circuit is revving up to host its biggest event of the year in just over two weeks’ time (28/29 June), when the all-action Dunlop MSA British Touring Car Championship storms into Yorkshire to deliver an irresistible dose of high-octane entertainment.

BTCC boys Tom Ingram and Adam Morgan attended the recent pre-event Media Day at the north-east’s premier motor sport venue, which is currently celebrating its 50th season, but there will be more than 30 flame-spitting machines doing battle at the end of the month!

Having been a popular stop on the schedule of the country’s biggest championship every year since 1997, the Croft event comes at a critical stage in the 2014 season with its conclusion marking the halfway stage of the campaign.

eBay Motors ace Colin Turkington leads the standings with four victories to his credit from the opening 12 races. Indeed, the 2009 champion’s BMW 125i M Sport is tipped to be the weapon of choice in Yorkshire as the Ulsterman targets more silverware in the quest to add a second drivers’ trophy to his glittering CV.

Turkington will not find it easy, however, with fellow former title-winner Gordon Shedden in hot pursuit in Honda Yuasa Racing’s striking new Civic Tourer – the first ‘estate’ car ever to triumph in the most fiercely-contested tin-top series. In characteristic BTCC fashion, the Scot sits just nine points adrift of the championship leader – and poised to pounce.

Third in the chase for the coveted crown heading to Croft is defending champion Andrew Jordan, who came out-of-the-blocks flying in the Brands Hatch curtain-raiser but conceded ground following a troubled weekend at Oulton Park last time out.

Shedden’s Honda team-mate Matt Neal was another to endure a nightmarish time of things in Cheshire – scoring a scant seven points – and he will be eager indeed to get his challenge back on-track.

Local hero Jason Plato remains well in the hunt in his MG KX Clubcard Fuel Save MG6, with team-mate Sam Tordoff – another fans’ favourite at Croft, hailing from nearby Leeds – also likely to be firmly in the mix.

In a further coup, Britain’s governing body, the MSA, has selected Croft’s BTCC meeting as one of its venues to showcase its pioneering ‘Go Motorsport’ initiative – aimed at providing information about how to get involved in the sport at grass-roots level.

“The BTCC is enjoying its most competitive and enthralling campaign for many a year in 2014, and we are delighted that the championship arrives at Croft with the title battle balanced on a knife-edge,” remarked circuit manager Mike Cantelo.   “We have a series of spectacular events to look forward to here over the coming months as we celebrate our half-centenary in style – and the BTCC is a superb way to kick-start a sublime summer of sport at Croft. It is a fun and family-friendly weekend and tickets are extremely reasonably-priced. Make sure you don’t miss out!”

Tickets can be purchased in advance from as little as £11 by calling 01325 721815 or online at http://www.croftcircuit.co.uk/tickets/btcc.html