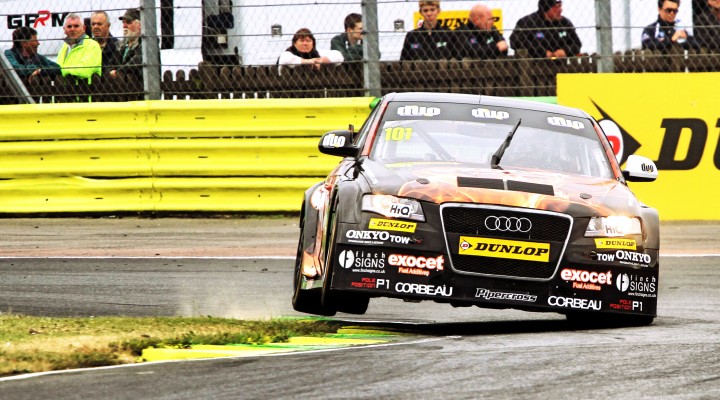 This weekend marks the return of the 2014 Dunlop MSA British Touring Car Championship with Worcestershire team Rob Austin Racing hoping for a strong showing as it celebrates its 100th race in Britain’s premier motor racing championship.

The BTCC race-winners will reach the landmark in Sunday’s opening contest around the winding Snetterton 300 circuit with Exocet-backed Rob Austin looking to improve his fortunes at the Norfolk venue.

“It’s fair to say that the difference comparing where we are now to where we were when we first arrived in touring cars in 2011 is immense in every aspect. Let’s hope we have a nice result to talk about,” he said.

“I made a mess of Snetterton 12 months ago and felt that I had let everyone down. This time I am determined to put that right and make sure we go on a run of three very strong race events in a row – Snetterton, Knockhill and Rockingham. Above all I want to do it for my boys who’ve done a terrific rebuild job but of course all our great sponsors and fans too who again have given us nothing but tremendous support all the way.”

Having already scored a podium at Oulton Park this season, Austin is looking for similar results sooner rather than later. Although his performances last year at Knockhill and Rockingham – the venue where he claimed his BTCC victory – suggests they’re the most likely circuits for his Audi A4 to achieve such success, he hasn’t given up hope on returning to the rostrum this weekend.

“Snetterton isn’t our absolute strongest circuit but we have a great chassis and a great engine so it has the potential to be very good still,” he concluded. “And while we lack a little in a straight line compared to the manufacturer cars we make up for that with determination so I think podium results could be on the cards if we get a good run at it.”

Rob and the entire 31-car grid will be blasting on to the Snetterton 300 circuit this weekend and you can be there to see the action. Tickets for the Dunlop MSA British Touring Car Championship at Snetterton are available from £26, with free entry for children aged 12 and under. For more information call 0843 453 9000 or click here. Remember if you’re unable to attend you can watch every race live on ITV4.