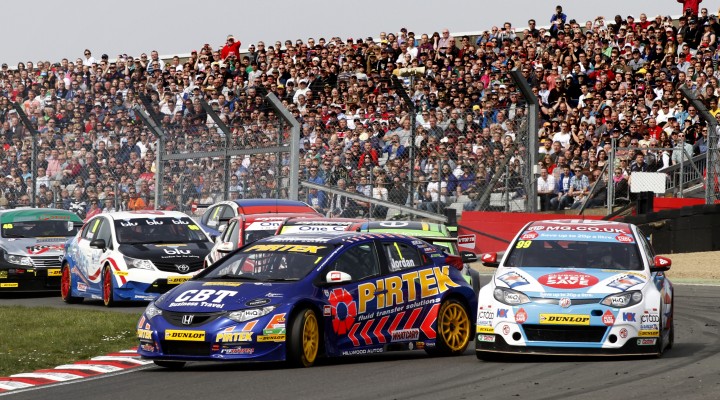 The 2015 Dunlop MSA British Touring Car Championship calendar has been confirmed today (18 August), as has the date and venue for its Season Launch event.

Series organiser TOCA has announced an unchanged line-up of venues where the calendar will continue to comprise of 30 races across ten events, with three races of equal distance taking place on each scheduled weekend.

Such has been the huge success of the BTCC’s recent Season Launch events that Donington Park will again hold the introductory curtain-raiser  – which also includes the only official pre-season test – on 24 March 2015.

The Brands Hatch Indy circuit then commences the BTCC’s nationwide tour before the same venue hosts the season finale on its legendary Grand Prix layout more than six months later. Oulton Park will see a return to the Island layout in June.

The UK’s premier race series headlines at all of the country’s major motor sport venues with the geographical spread ensuring that hundreds of thousands of fans can catch the tin-top action close to their homes when the travelling show rolls into town.

2013 saw some of the biggest crowds in recent times and figures have continued to rise during the 2014 campaign to date. Each venue permits free admission for children – some for up to 16-year-olds – to its BTCC event, further broadening the championship’s appeal among family audiences and the next generation of fans.

ITV4 will continue to broadcast every race weekend live and in high definition, as well as via the ITV website. Regular highlights programmes will also be screened on both ITV and ITV4 following each event.