Abbott in the Hunt for the Jack Sears Trophy 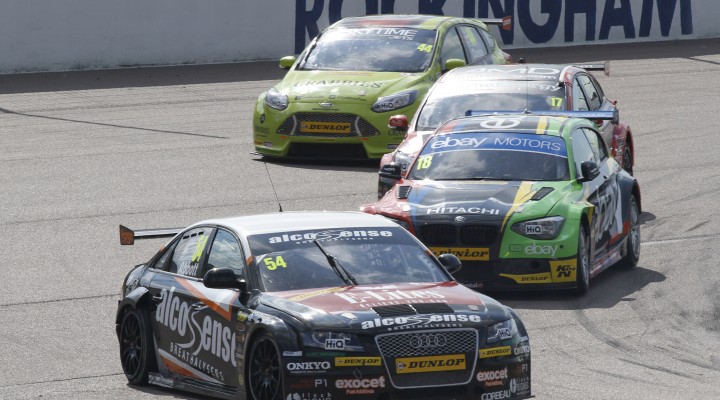 It was another weekend of intense midfield battles at Rockingham (7-8 September) for rounds 22, 23 and 24 of the Dunlop MSA British Touring Car Championship, with some big moves up and down the Jack Sears Trophy points table.

While Team BMR’s Alain Menu still tops the order, Hunter Abbott made the biggest gains over the three races on Sunday. He endured a tough qualifying session that saw the Alcosense Breathalysers-backed driver retiring to the pits with mechanical issues before setting a lap time, leaving him way down in 31st and last position for the opening race.

The Rob Austin Racing-prepared Audi A4 has been quick at Rockingham in recent years, with Austin taking his maiden win there last season and backing that performance up with another victory this time around. With a strong car underneath him, Abbott scythed through the field in the first race to finish in a points-scoring 14th, before going on to make further progress in the second showdown to cross the line an equal season’s best of tenth. Despite a DNF in the final race following contact, the #54 driver improved an impressive 21 positions on his grid slots in total.

This jumped Abbott five places up the standings, and he now sits second just 14 points behind long-time table topper Menu, who has amassed 100 grid slot gains this year.

Dave Newsham and Rob Collard made up 12 and ten places respectively to move to third and fourth in the standings, but both would need a weekend like Abbott’s to move into contention for the JST.

Further down the table there is an intriguing symmetry between the Motorbase-prepared Ford Focus machines of Mat Jackson, Fabrizio Giovanardi and Jack Clarke, all of whom have 49 points to their names.