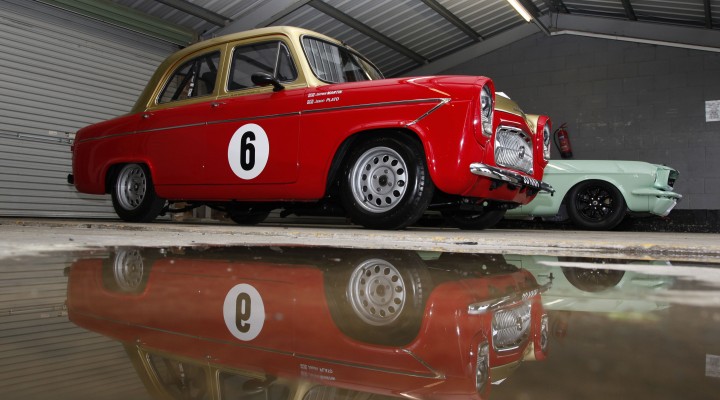 BTCC drivers – past and present – were out in full force at last weekend’s hugely popular Goodwood Revival meeting.

Almost half of the 29-car field in the St Mary’s Trophy included a tin top star in its ranks. Current day racers Matt Neal, Jason Plato, Gordon Shedden, Andrew Jordan and Sam Tordoff enjoyed the event in varying machinery, whilst Rob Gravett made it five former BTCC champions in the St Mary’s line-up.

Other much loved touring car drivers included Steve Soper, Paul O’Neill, Rob Huff, Darren Turner, Tom Chilton and Tiff Needell, but it was multiple BTCC race winner Anthony Reid who came out on top of the pile during the combined classification race(s).

The star was arguably Eurotech boss Mike Jordan, however, after the father of reigning champion Andrew took over the family Austin A40 in third place. He went on to win the second St Mary’s Trophy race in some style with the Jordan duo eventually finishing less than half a second behind the victors in the final classification.

“Possibly the best race I have ever watched,” Andrew posted on Twitter. “So proud of my dad for winning. I was a nervous wreck watching that!”

Andrew was also in action during the prestigious TT race, where he enjoyed a ding-dong battle with Neal. Huff, Plato and Reid were among the others also competing in the one-hour contest.

It’s back to the serious business now for the 2014 Dunlop MSA British Touring Car Championship competitors as they prepare for the business end of the season, commencing at Silverstone next weekend (27/28 September) before the grand finale at Brands Hatch next month.