WSR wary of rivals at Silverstone 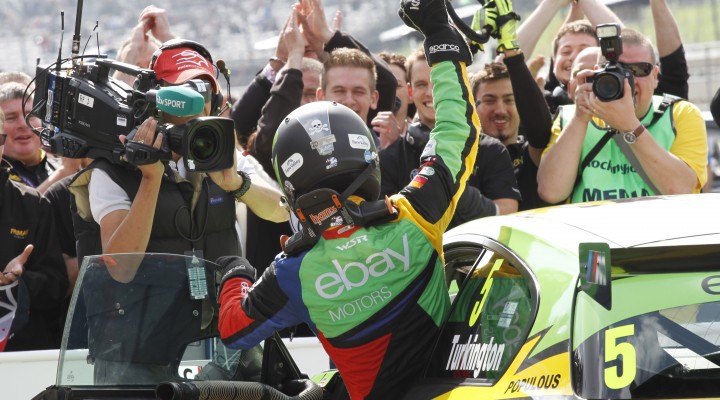 Despite Colin Turkington stretching his championship lead with an impressive recent double at Rockingham his West Surrey Racing squad remains cautious over its chances at Silverstone next time out.

Turkington’s 2013 championship challenge was effectively ended at the home of the British Grand Prix when contact sent him tumbling out of the final contest last year. Not only is that incident fresh in the memory but team boss Dick Bennetts also believes that the circuit doesn’t necessarily suit the characteristics of the eBay Motors-backed BMW 125i M Sports.

“Colin is in the form of his life right now and we’ll need him to be at Silverstone, as it might be a circuit that suits our rivals more so than us,” he notes.

That said, many also thought the team may struggle around the Rockingham banking earlier this month, but those fears failed to materialise as Turkington produced another dominant double.

“We didn’t think that would be our best circuit but what Colin and the team produced is just fantastic,” continued Bennetts while an elated Turkington was ecstatic with his return from the opening leg of the BTCC’s Northamptonshire tour.

“The eBay Motors BMW was really hooked up,” he said at the conclusion of the weekend. “We haven’t necessarily had the fastest car over one lap but we certainly had the pace over 16. It’s hard to put into words how good the car is. I’m glad I’ve got those points, as it’s a nice buffer to have in the championship. I can’t afford to alter the approach because I know how quickly things can change.”

eBay Motors’ rivals will be hoping that change is the order of the day at Silverstone with both Honda’s Gordon Shedden and MG’s Jason Plato looking to close the gap ahead of the Brands Hatch season finale.

There’s every reason to be hopeful too as both drivers shared the spoils at Silverstone last season. Plato in particular has been in imperious form around the National circuit since taking the reigns of his MG6.

A double win in 2012 maintained his championship assault, as did another two wins in 2013. The two-time BTCC champion has complete confidence in his MG KX Clubcard Fuel Save package this time around too, but the ultra experienced racer refuses to rule out another stellar showing from eBay Motors.

“We’ll be there or thereabouts at Silverstone. We should be on the front row, but the BMW will be really quick there,” he said.

Only time will tell who has the upper hand at the world-renowned venue, but as ever with the BTCC it is sure to be an action-packed thriller whatever the outcome.