Top ten target for AmDTuning.com as BTCC heads for Silverstone 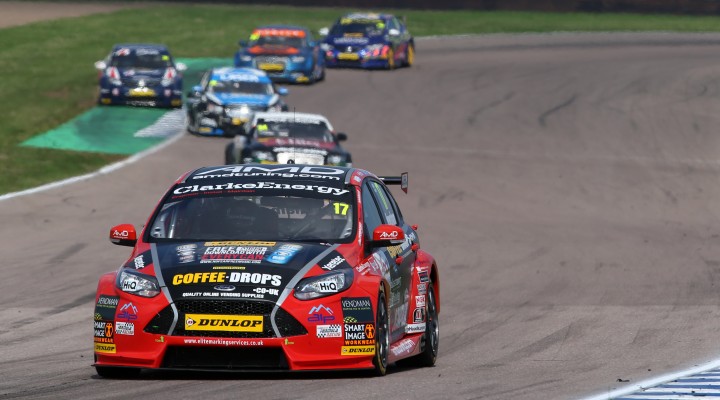 The AmDTuning.com team is chasing a hat-trick of top ten finishes when it heads to Silverstone this weekend for the penultimate meeting of the Dunlop MSA British Touring Car Championship season.

Despite a challenging time at Rockingham earlier this month, the West Thurrock-based team was able to secure a sixth top ten finish of the year in the final race of the weekend. Having now scored points in four of the past six races, including a first podium finish for the team at Knockhill, Inverness racer Dave Newsham will seek to add to his points tally at one of his favourite circuits on the calendar.

The ‘Home of British Motorsport’ was the scene of Dave’s maiden victory in the Renault Clio Cup, while he also took a brace of BTCC podiums at the circuit back in 2012.

With his NGTC-spec Ford Focus having also shown front-running pace at the circuit in the past, Dave will now hope for a strong weekend in Northamptonshire and heads into Rounds 25, 26 and 27 of the campaign in confident mood.

“For some reason we didn’t quite have the pace we expected last time out at Rockingham, but we aim to show that was just a one-off and return to form when we get to Silverstone,” he said. “It’s a circuit where I have always gone well in the past and hopefully that will continue this weekend and we can bring home three strong finishes.

“Silverstone is the place where I took my first win in the Clio Cup and I have also finished on the podium there in the BTCC, so I have happy memories of the circuit. It’s also one where the Focus has been strong in the past, and my actual car took its first win there back in 2012.

“We’re heading to Silverstone having scored four top ten finishes in the last six races and I’m confident that we can maintain that kind of form as it should suit the package we have. If we can repeat the results we enjoyed at Knockhill it would be fantastic, and would be the ideal way to head into the final event of the year.”

Team boss Shaun Hollamby said he was hopeful of strong points for the AmDTuning.com squad as it looks to secure a place in the top ten of the teams’ championship with just two meetings – and six races – left to run this season.

“Although we ended the weekend with a top ten finish, Rockingham was a tough meeting for us and we are now looking to put it behind us,” he said. “We’re confident that things will be much better this weekend and we head to Silverstone in buoyant mood as it’s a circuit where Dave has gone well in the past and one where the Ford is a proven front-running package.

“We have shown this season that we have the pace to challenge inside the top ten but for various reasons, we haven’t brought home as many top ten finishes as we had hoped for. There are two meetings left for us to put that right and our target is to come away from Silverstone having added three more to our tally.”