WIX raise the roof at Race of Remembrance 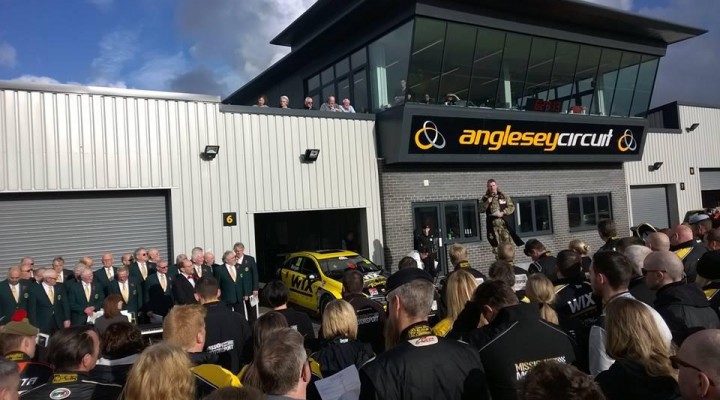 Adam Morgan and the WIX Racing team were out in full force at Anglesey last Sunday (9 November) as they joined a host of motorsport personalities raising money for Mission Motorsport.

The Race of Remembrance held at the north Wales circuit included an eight-hour contest involving 45 teams, with a mid-race break for a Remembrance Service.

A number of high profile professional drivers competed in the race, included Paul O’Neill who was a class winner, whilst many of the entrants were wounded, injured and sick (WIS) Military personnel and veterans from within the Mission Motorsport programme.

Morgan not only raced in the main event but also performed a number of demo laps in the WIX Racing BTCC Mercedes A Class. The Lancashire-based driver was joined by a number of his Ciceley Racing team, who all worked for free and attended the event at their own cost.

The team’s chef Steve Rossi cooked for more than 300 Mission Motorsport attendees and made £700 for the charity selling food to the public. The event raised more than £15,000 overall.

“It was a great event for a great cause,” said Morgan. “It was a real pleasure to be a part of and fantastic to see our team and so many other motorsport personnel giving up their time at the end of a long season.

“Mission Motorsport is such a worthwhile and inspirational charity and a good time was had by all.”