Life of a champion 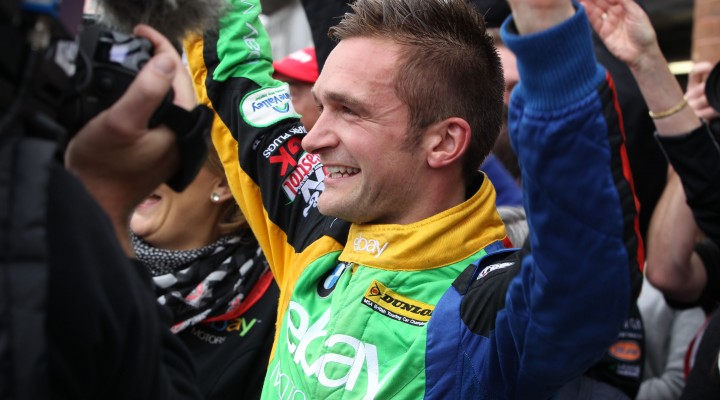 It has been just over a month since Colin Turkington claimed his second BTCC title in fine style on the final day of the season at Brands Hatch.

Colin and his family have enjoyed a whirlwind time ever since with the newly crowned champ admitting the reaction to his success has been way beyond his expectations.

We caught up with the eBay Motors star to find out exactly what he has been up to since that unforgettable day in Kent last month.

“Well I’d better start with the day itself,” said Colin. “I experienced so many emotions but I suppose happiness and relief were the main ones. When you work so hard for something the sense of satisfaction is huge and it was great to be there with my family.

“They are my driving force – I am no longer racing for myself but for my family and they are of course my biggest fans too so you don’t want to let them down. It was great to do it for both of the boys and incredible that Lewis has those memories forever now, as he was only a baby when I won it in 2009. My wife Louise is such a huge part of it too and the win was for all of us.”

Having won the championship with two races remaining on the day, Colin admits it was quite a strange feeling getting back behind the wheel with the title already won.

“Race two was obviously going well and of course I really wanted to win,” he comments. “I feel I needed one more lap for the tyres to come in and I could have got away from Jason [Plato] but it wasn’t to be. Jason was out to win at all costs and when you make a fully committed move like he did then there is no going back.

“I was disappointed as I had to do the walk of shame back from Paddock Hill Bend, but this time I was doing it as a champion. I had the exact same walk last season, which signalled the end of my title challenge on that occasion, so the walk was more satisfying this time around.”

Plato was subsequently penalised by the stewards for his manoeuvre, but Turkington would rather not dwell on that incident or any others for that matter.

“That’s just me,” he continues. “I’m not really one for talking too much or wanting any animosity between myself and anyone else in the paddock. I just love driving ­­– I try and quietly go about my business and hopefully do my talking behind the wheel.”

Well Colin and his eBay Motors squad were unable to go off quietly into the night at Brands with hordes of interviews to carry out before leaving the circuit to kick off their celebrations.

“I’d barely eaten a thing all day so I was starving when we eventually left the circuit,” he said. “I really fancied a chinese so we ended up in a local restaurant where we could have a few drinks too.”

ITV arrived at Colin’s hotel the next morning and further filming took place at West Surrey Racing’s headquarters later on the Monday afternoon, much of which you’ll be able to season during the season review on 23 November. Filming didn’t go completely to plan, however, as the double BTCC champion nearly set fire to WSR’s headquarters – see video here.

“It was one of those toaster’s that didn’t pop up on its own,” he mused. “I put the toast in and then ITV wanted to continue with an interview so I just left it in there. The next thing was that the fire alarm was going off and there was smoke bellowing from the kitchen. I immediately thought ‘oh no the toast’ and there was flames and everything! It probably made for some good TV – win the BTCC on Sunday and burn down WSR on Monday!”

A hero’s welcome awaited the Turkington’s as they arrived in Belfast shortly after, where local media met them as they stepped off the plane. He even made a guest appearance at the Argos Store in the city centre where he arrived in his eBay Motors BMW 125i M Sport!

“It was a little surreal to be honest. The phone didn’t stop for a week and I had lots of people coming up to me in the street to congratulate me too – it’s hard work being a champion! The reaction has been way beyond my expectations – mind blowing actually – so much more than back in 2009. It has been astonishing and just goes to show how popular the BTCC is.”

The family went to Portugal last week for a well-earned break where Colin admitted it was the first time he’d been able to relax following his BTCC exploits. The 32-year-old knows the hard work is just around the corner, however, as he looks to return in 2015 with the #1 on his car, something he was unable to do last time around.

“You want to enjoy winning the championship for as long as possible but you know the guys would’ve been plotting how to beat us on the Monday morning after Brands. I know because I did it myself last season so you can’t take your eye off the ball.”

A calendar that includes a BT Sport motor racing review show, TOCA awards, Spirit of Motorsport event, Autosport Awards and the BRDC Awards means Colin will be busy receiving plaudits right up until Christmas, but don’t be fooled in thinking he’s not already planning his championship defence.

“I’m sure our rivals will come back stronger and it’ll be extremely challenging,” he concluded. “But it’ll be fantastic to run with #1 on the car and the BMW will be a front-running package so we’ll be going all out to try and win it all again.”