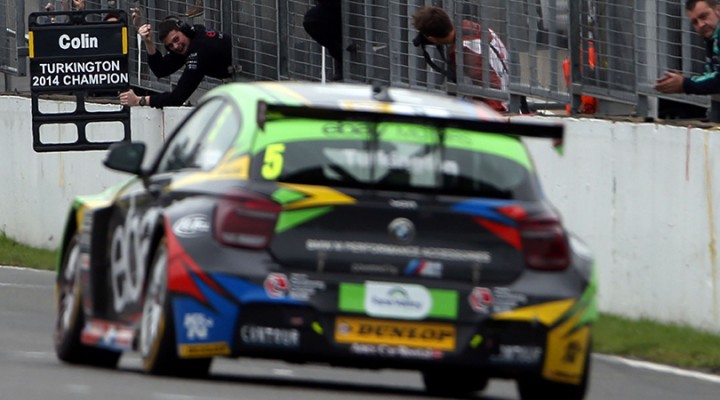 West Surrey Racing didn’t spend too much time celebrating its incredible quadruple championship success as the ultra experienced squad immediately set about making plans to defend all four titles in 2015.

Like many teams up and down the pitlane this time of year is important commercially with the ongoing search for further investment, whilst concluding its three-car driver line-up for next season is also a top priority.

eBay has today concluded its five-year sponsorship with the team and the search for a new title sponsor has already begun. That said, interest is said to be at an all-time high and WSR expect to announce its first 2015 driver signing imminently.

“We have just completed our most successful season in the BTCC, winning four out of four categories, so I believe we are in a strong position to offer new partners a unique marketing opportunity,” said WSR Team Principal Dick Bennetts.

“We have enjoyed a great partnership with eBay and I am extremely proud of everyone at WSR, by securing both Drivers’ Titles with Colin Turkington and both Teams’ Titles with the help of Rob Collard and Nick Foster this year.

“Plans for next season are moving apace and we hope to be in a position to confirm our first driver very shortly.”

The WSR designed, built and developed BMW 125i M Sports, took nine outright wins and 26 podiums last season in what was largely regarded as one of the most competitive in the history of the championship.

The off-season is not simply about off-track developments, however, as the squad has already been out testing since the close of the campaign. WSR has now brought its 2014 track activities to a close as it focuses on car development until the New Year, with testing expected to get back underway in January.