Andy Priaulx is back in the BTCC 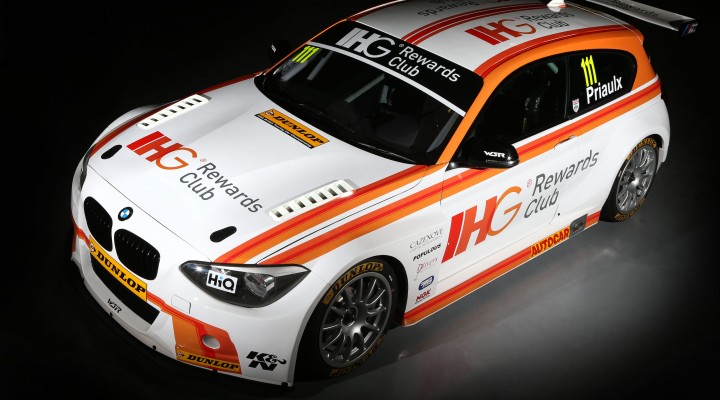 Having last raced in Britain’s premier motorsport series during the 2002 season, taking one victory, Priaulx later joined BMW’s assault on the ETCC. The Guernseyman claimed the title the following year before going on to take a hat-trick of World Touring Car Championships between 2005-2007. His unparalleled triumphs were then officially recognised in 2008 when he was awarded an MBE (Member of the Most Excellent Order of the British Empire) in the Queen’s Birthday Honours List.

A move to the DTM followed and in recent seasons the factory BMW driver has competed in top-level sportscar racing across the globe, winning legendary races at both the Nürburgring and Sebring.

Priaulx’s adaptability in driving many different machines throughout his career will stand him in good stead during the upcoming season where he will dovetail his BTCC campaign with his ongoing sportscar commitments.

In a return that the man himself has hailed ‘unfinished business’, the IHG-backed driver will race one of WSR’s all-conquering BMW 125i M Sports in 2015 – a car that claimed all four BTCC titles it was eligible for last season.

Following today’s (8 January) historical announcement at the Autosport International Show in Birmingham, Priaulx will commence an intensive BTCC test programme before the opening round of the season at Brands Hatch on 5 April.

The BTCC is enjoying one of the most successful eras in its long history with capacity grids and record trackside attendances. TV viewing figures are also at an all-time high with every race being screened live and free-to-air across the UK. No fewer than seven former champions entered the bumper-to-bumper action last season, where WSR driver Colin Turkington eventually claimed overall honours.

With the level of competition being greater than ever Priaulx recognises the challenge that lies ahead in 2015, and it’s a challenge that the tin top legend is looking forward to immensely.

Andy Priaulx MBE said: “I am very excited about 2015. To have the opportunity to race again in the UK with my long-term partners IHG, alongside race and test programmes in America and Europe, is going to be a lot of fun. The BTCC is one of the strongest touring car championships in Europe and unfinished business for me. I am looking forward to joining West Surrey Racing in their Championship winning BMW 125i M Sport and working with Dick Bennetts, whose engineering success speaks for itself.”

Adrian White, Director Brand Partnerships IHG, said: “IHG are the Official Hotel Partner of the BTCC and have supported both Andy Priaulx and BMW UK since 2007. The opportunity to work more closely with all three together to promote the IHG® Rewards Club loyalty programme was too good to miss. We anticipate another competitive race series with Andy in 2015 but look forward to seeing him, and WSR, back on the top step of the podium very soon.”

Dick Bennetts, WSR Team Principal, said: “What can one say… to have Andy Priaulx and IHG join WSR for the BTCC in 2015 is a real privilege. I have known Andy for many years, so to have him – a three time World Touring Car Champion – in one of our BMW 125i’s is fantastic news, not only for WSR but the BTCC as well. We are also looking forward to working with IHG and help them promote the IHG® Rewards Club loyalty programme, with Andy’s car. Having already signed Sam Tordoff, with a third driver hopefully announced in the next week or so, everyone at WSR is really looking forward to another exciting season in the BTCC.”