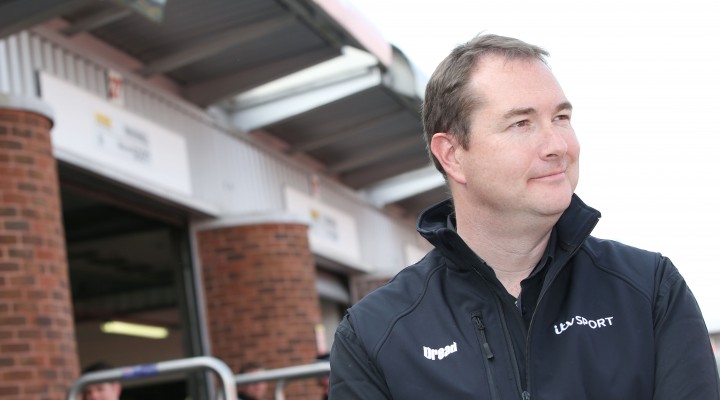 If you buy any of those A-Z of sports car-type books, you know, the ones in most bargain bookshops that your Aunt buys you at Christmas, you will find pages about MG. MGBs most likely.

The company’s heritage is about sports cars and yet it is a brand that has a strong connection with the BTCC and is being talked about once again as boasting a potential champion on its driving force. After Jason Plato’s oh-so-close bids to win the crown, the spotlight falls on Andrew Jordan this year as he aims to add to his 2013 title.

Wind the clock back to the 1980s and the multi-marque days of Group A, and MGs hits the grid. Group A was a huge success that had a European Championship, comprising long-distance races, and many national series, such as the BTCC. Austin Rover homologated the Rover Vitesse for Group A and then did the same to a terribly humble little car, favoured by librarians everywhere: the Metro. We’d already had a one-make championship for MG Metros and then out came the turbo, a 1300cc pocket rocket that lined up against the Alfa Romeo GTV6s in Class B, for up to 2500cc cars. And to make the car even quicker, Austin Rover Group installed top rally ace Tony Pond behind the wheel of one and Patrick Watts, then an up and coming one-make ace, in t’other. The cars were quick, if unreliable to begin with, and started to win regularly over the next 12 months before ARG pulled out of the championship: a long story best told another time…

Colin Pearcy bought one of the cars and won his class on occasion in 1987, not a huge achievement as entries that year were thinner than an anaemic stick insect, but it was the arrival of the ZS that started to give the MG name overall wins as Colin Turkington, Rob Collard, Warren Hughes and Anthony Reid starred. Fast-forward to 2012 and the MG6 hit the track, since when Jason Plato and Sam Tordoff have been race winners. But things change… Jason moves on to pastures as yet unannounced and Sam jumps to the good ship rear wheel drive. So Andrew Jordan heads the attack as MG looks for a first drivers’ title.

The Jordan/Triple Eight re-marriage comes after a Vauxhall flirtation in which AJ was the third driver and struggled as a touring car rookie (essentially) against the likes of Fabrizio Giovanardi, then at his peak. But this is a different Andrew Jordan, a wiser one, a more confident one, one capable of leading the Triple Eight/MG attack to the crown. Can he do it? Yes. But as Jason discovered, winning this championship isn’t easy and AJ goes up against Plato (in his fill in the blank!), Colin Turkington (in his insert car name here!), Honda regulars Gordon Shedden and Matt Neal, plus Tordoff and Andy Priaulx in their BMWs. And don’t rule out Volkswagen and Motorbase Ford drivers from being in the title mix.

Point being, Jordan won’t find it easy but has a very good chance. He knows about front-wheel drive and the team, but this is a new car to him and a new power unit to learn about as well. But this is someone who can leap into a rallycross supercar and work magic so he shouldn’t find it a massive problem. The other difference is, of course, in life in the garage. No longer is he in the family team, where he was one of the lads, now he is a the lead driver at a different squad. There will be some movement of engineers to go with him, including Andy Brown who guided him last year, and father Mike will be in the background as well. In some respects it will be a very different feel, in others it will be the same as at Eurotech. It will be fascinating to see how the whole set up gels.

And Andrew’s team change is one of a number of intriguing aspects to the season ahead. OK, we may not be able to leap up and down about seven champions on the grid, but even with the entry list still taking shape, you have to admit it is looking pretty darn good, eh?

There are still a few pieces of the jigsaw to fit into place yet but it is making a pretty good picture. You are all coming to the media day aren’t you? You’ll be sorry if you don’t….