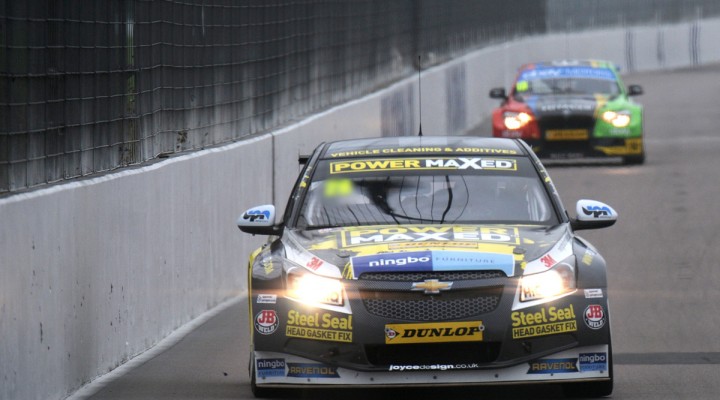 Power Maxed Racing has today confirmed the signing of 2014 Jack Sears Trophy winner Dave Newsham to drive in this year’s Dunlop MSA British Touring Car Championship. Newsham will race in the teams’ first year under new ownership and will be behind the wheel of the #17 Chevrolet Cruze Saloon for the 2015 season.

Newsham was awarded the Jack Sears Trophy in 2014 which recognises the number of positions gained relative to a driver’s grid slots over the course of the year. The Inverness-based driver just clinched the impressive trophy in the final race of the season ahead of BTCC legend Alain Menu.

Dave Newsham stated, “I’m over the moon to be racing with Power Maxed Racing in 2015. The teams’ professionalism and its new ownership are fantastic. Adam Weaver and I have discussed our objectives at great length and we are both heading in the same direction.”

Newsham continued, “I believe we will have a great platform for success in 2015. There are some exciting plans that will be revealed over the next few weeks that will mean we are at the sharp end getting more exposure for our sponsors.”

Adam Weaver, Power Maxed Racing Team Principal commented, “Signing Dave is an important part of our master-plan for 2015. Dave is an exceptional racer, you only have to look at his track record and race wins, podiums and the Jack Sears Trophy to see why signing Dave was a no brainer.

“Chris Stockton has given us a great platform, he did lots of hard yards last year to enable us to hit the ground running this season. It is important to note that without Chris and his input, we would be nowhere.”

The ownership of Power Maxed Racing changed last week from experienced BTCC racer Chris Stockton to Automotive Brands, parent company of Power Maxed, following Chris Stockton’s decision to sit out the 2015 season to focus on his ever growing distribution businesses.

Watch the video below to find out who’ll be behind the wheel of the Chevrolet Cruze Saloon this season….