Colin Turkington: “The priority was always to be back on the grid this year” 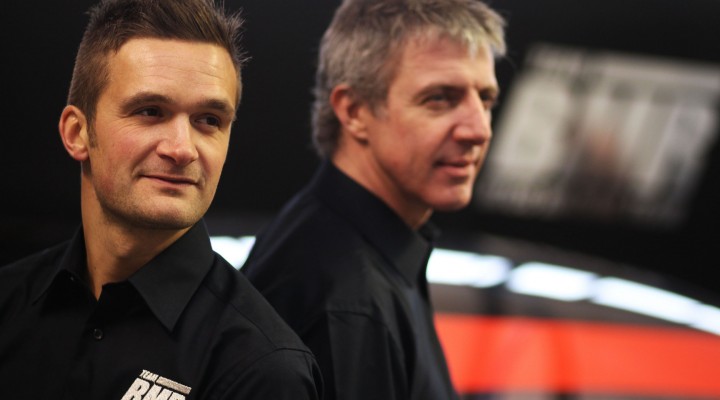 After yesterday’s chat with Jason Plato, today btcc.net catches up with his new Team BMR team-mate, defending Dunlop MSA British Touring Car champion Colin Turkington following his first test in the squad’s Volkswagen CC at Thruxton. The Northern Irishman talked through the learning process he is facing after switching from a rear-wheel drive BMW to the front-wheel drive VW.

What are your initial impressions of the VW?
“First of all, I have to say it’s great to get to this stage where we’re back behind the wheel and things are kicking off again. We did our first few laps in the car, which was purely a shakedown, to be honest as it was the first time it had actually run. We focused on the simple things – systems checks and making sure there were no dramas, just taking it step by step.”

Have you predominantly been shaking down parts of the car or do you have specific areas to work on?
“It was really just a case of seeing what came up. Everything on the car is brand new, so we had to bed in the brakes and we were effectively running round, checking different bits and pieces and trying to learn as much as we could.”

Did everything go to plan?
“We encountered a few little teething problems as you would expect, but no major issues. Really it was just about trying to get comfortable in the seat and those types of things. We’ve got plenty more testing planned where we can focus on making things faster!”

You must be pleased to be out in a car at this test at all – especially given the level of excitement around the announcement…
“Yeah, I’m really pleased to be here – the number one priority was always to be back on the grid this year. Being with a different team now means it’s a completely different environment for me and as a front wheel-drive car and with a much longer wheelbase, the VW obviously feels very different to the BMW, but I’m just taking my time and adjusting as best I can.”

Are you excited to get the #1 on the side of the car and get out there now?
“Yeah, I’m just happy really to be back racing; there was a lot of uncertainty through the winter, but I’m pleased that I’ve got here and I’m looking forward to cracking on with testing and seeing what we’ve got.”

Check out ITV Sport’s full interview with the reigning champ: