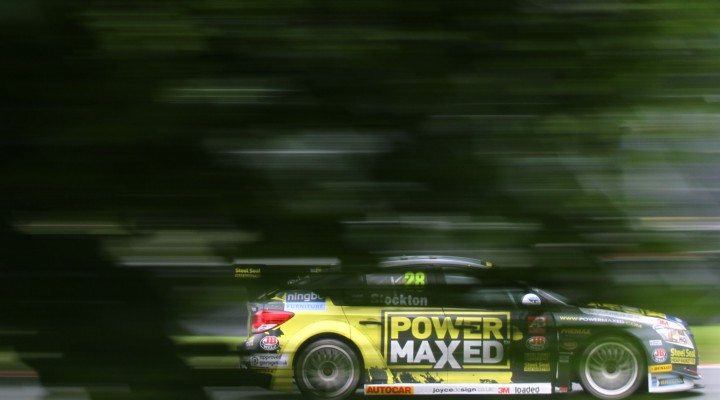 Power Maxed Racing has entered a second car into the 2015 Dunlop MSA British Touring Car Championship. The Warwickshire based team will now run a pair of Chevrolet Cruze Saloons during its first year under new ownership.

The deal was finalised and car formally entered on Friday 27th February – the deadline for entries, with the expansion into a two car team ratified by Series Director Alan Gow. The TOCA BTCC Licence (TBL) has been acquired from United Autosports.

Adam Weaver, Power Maxed Racing Team Principal commented, “The second car was always part of the master plan but we wanted to keep it quiet until everything was in place. We’ve been non-stop since the end of last season to bring it all together but it’s a great feeling to see it work out.

“We are delighted to be able to grow the team with a view to challenging for podiums in 2015. Signing the 2014 Jack Sears Trophy winner and BTCC race winner Dave Newsham was the first step of many and the expertise of our new Team Manager Martin Broadhurst are set to put Power Maxed Racing firmly on the map this year.”

Weaver concluded, “ Power Maxed Racing wouldn’t be in such a strong position if it wasn’t for the commitment from Chris Stockton last season to keep pushing the car and the team. We are working flat out to present the new look cars at the Season Launch.”

The team is busy preparing the second Chevrolet Cruze to make sure it is ready and competitive for the official Season Launch on 24 March. The team also has a program of testing leading up to the start of the season.

Power Maxed Racing plans to announce the driver of its second car imminently.