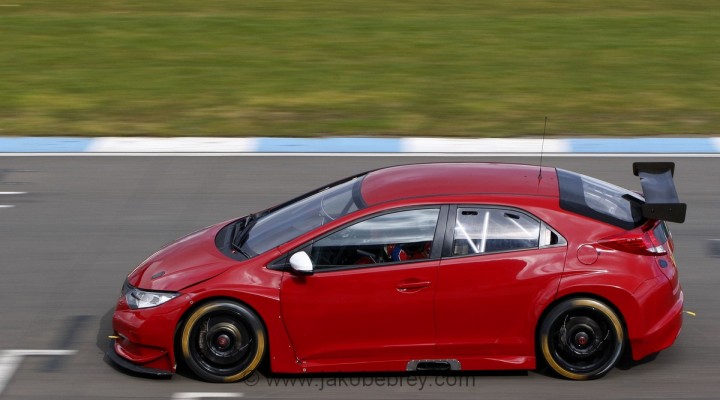 Despite a number of changes at the championship winning Eurotech squad over the winter, those within the outfit believe it is more than ready to hit the ground running when the series gets underway at Brands Hatch next month.

Jeff Smith was a regular top ten points scorer in his previous three seasons with Eurotech and took two podiums during that spell. Initially planning to return just as a driver for 2014, his ongoing discussions with team boss Mike Jordan quickly turned to negotiations over team ownership.

With Jordan Snr deciding to cut back his overall responsibilities within the team – although he’ll still be involved in the operation – it will now be Smith who’ll oversee the day-to-day running of the team.

“I’m really delighted to be honest,” said Smith. “It has been a bit of a whirlwind few months but we believe we now have everything in place to be competitive.”

Smith has moved quickly to employ former WSR Team Manager, Marvin Humphries, and has solid continuity in the ranks having also signed driver Martin Depper to stay with the squad for a second successive season.

“It’s great to have Martin back on board and we’ll look to work together in improving the car,” continued Smith. “I’ve had a run at Thruxton and now a couple of days at Donington ­– we still need to find a second or so but I think that’s more about me rather than the car!

“We’re setting the car up differently to how it was back in 2014 but I need to get my backside in gear – I’m sure it’ll come. I’d like to be top six but looking at where the grid has closed up then maybe the top ten is more realistic.

“We saw when Menu and Giovanardi came back last year that they struggled a bit – you’d hardly say they were regularly at the sharp end – and that just shows how competitive it is.”

Depper, who scored a best result of 12th in 2014, is also upbeat ahead of his second campaign with the team.

“There has been a lot of changes in the team but we’re all delighted to see Andrew [Jordan] get a works’ deal with MG,” he said. “Jeff’s a great bloke – it’s fantastic that he’s come in and we’ve been able to hit the ground running.

“I’m very grateful that he wanted to keep me on board and I’m relishing the opportunity of my second season. The BTCC is really tough but I’m looking to build on my own development and I’m hoping to score a top ten. I didn’t quite get there last year, although we came close, but with the experience we have now I think it’s possible.

“I asked Mike Jordan on the Sunday evening of Thruxton last year if we could do the weekend all over again because I was finally taking Church flat in race three, which I hadn’t been doing during qualifying. That’s what it’s like in your first season sometimes so it’ll be great to approach each weekend with my eyes wide open.”

The two Eurotech cars were running in plain livery during testing at Donington Park last week (4 March) with Depper’s Honda Civic currently boasting the team’s original blue, whilst Smith’s machine is now red. The final livery, along with many others up and down the BTCC grid, will beunveiled at the Season Launch on 24th March.