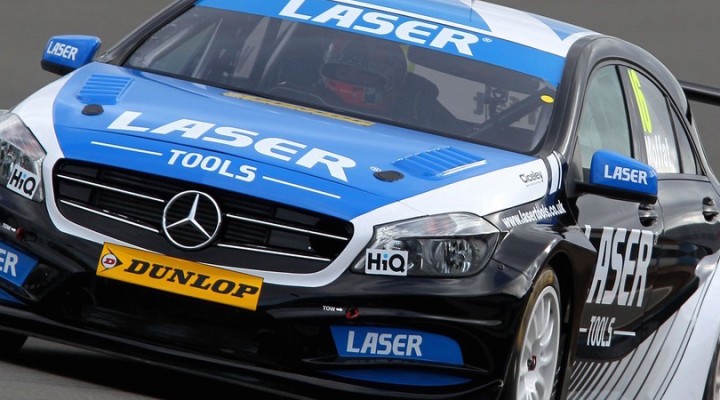 Aiden Moffat is already famous for being the youngest driver in the history of the British Touring Car Championship, but in 2015 the Scottish teenager is hoping his results will make the headlines.

His Laser Tools Racing squad formed a partnership with Ciceley Motorsport midway through his full debut campaign in 2014, which saw the latter outfit preparing his car. Moffat was also able to share data with the WIX-backed Mercedes of Adam Morgan, but the teenager believes the benefits in that arrangement will only begin to take shape this season.

“The problem really is that sharing data between Adam’s Mercedes and our Chevrolet wasn’t always relevant,” said Moffat. “We had some engine problems and our set-up within the team needed improving too so the first half of the year was almost a write-off. Towards the end of the year we started to haul ourselves towards the midfield battle so all-in-all it was a successful first campaign.”

The team made no hesitation in changing machinery at the end of the season and the speediness of that decision helped ensure that Moffat’s brand new Mercedes A Class was ready to hit the track for its pre-season testing programme.

“We’ve already had two days at Snetterton, which were wet unfortunately, but we really got a feel for the car at Donington last week,” he continues. “The car feels amazing. It’s little differences in every aspect, which equates to a huge improvement overall compared to the Chevrolet. We found instant improvements and I’ve been able to push on straight away.

“I’ll be aiming for the top ten sooner rather than later. The BTCC is really tough though – there will be more great cars on the grid this season and some great drivers of course. You’ve got to have the right tools and we believe that we do. The regulations should split things up a bit and it’d be great to get at least one top five this season. You have to be realistic but if you don’t push yourself then you’ll never achieve anything.”

Not only does Moffat believe his added experience is helping him prepare for the season ahead, but critically says it’s the readiness of both the team and car that’s the biggest gain.

“Last year the Season Launch was basically our shakedown of the car, but this year we’ve already hit the ground running,” he concluded. “We have further test dates planned at Brands Hatch before the official test at Donington.

“People say they’re not interested in the opposition but I’ve always been a fan of the BTCC so I’ll always take an interest in what everyone else is doing. We’ll be focusing on our own job at Donington of course but you always like to know where you are in the pecking order.

“I just can’t wait to get the season started. I had only ever seen the BTCC on TV before making my debut in 2013. The whole thing completely blew me away to be honest – the crowds are just breathtaking. I kept looking behind me when people were asking for an autograph, as I just couldn’t believe people actually wanted my signature!

“Even when some days don’t go how you’d like them to you have to remain positive and remember how lucky you are to be involved – it’s just an unbelievable championship and it should be another great season ahead.”