Wilmot working on the positives 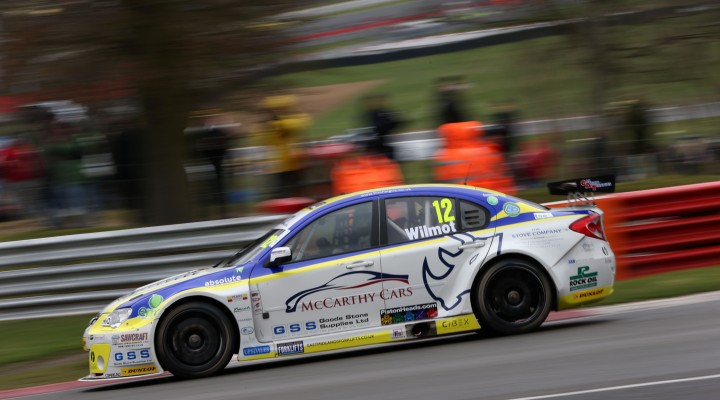 Andy Wilmot’s first event with Welch Motorsport didn’t go entirely to plan at Brands Hatch earlier this month, but the Kent-based driver is firmly focused on a successful future with the team.

Engine issues curtailed Wilmot’s running where limited laps in practice and qualifying unfortunately led to the squad missing out on race day altogether. Far from being downbeat, however, Wilmot says there are exciting times ahead.

“It was disappointing and of course frustrating but that’s the way it goes sometimes,” he said. “I am really looking forward to this weekend though, as depending on how it goes we know we have something planned for Thruxton three weeks later.

“I really want to score some points this year and although we’ve started the season on the back foot I am sure we will get it right. Welch Motorsport is a fantastic team. I was a fan of the team before joining and both John [Welch] and Dan [Welch] are great people.

“The Proton suits my driving style too; it has a shorter wheelbase than the VW and Toyota. It’s just great to be involved and I’ve got faith in the guys that we’ll be in the mix sooner rather than later.”

Wilmot enjoyed a one-off appearance in the BTCC back in 2013 where he claimed three solid finishes for Team HARD in a VW at Rockingham, and it’s fair to say that the weekend in Northamptonshire fuelled his fire for the future.

“Ever since I raced in the series back in 2013 I have only ever wanted to compete full-time in the BTCC,” he continued. “I have been working towards this since May last year, if not earlier, so I am committed to making the best of it and enjoying the experience.

“This is part of a long-term goal for me and I want to establish myself in the BTCC. The Season Launch at Donington was brilliant – seeing the reaction of the fans and being in the spotlight a little was great. The BTCC is the only place to be and I’ve had a lot of contact from sponsors who still had a great weekend at Brands despite the disappointment. It’s just a great show and I’m so grateful to all of my sponsors for the support.”

While carving out a career in Britain’s best series is no easy feat, Wilmot looks to one current BTCC star as a shining example.

“Jack Goff’s path in the BTCC is a good guide for a driver like myself,” concluded Andy. “Jack hasn’t come from a particularly wealthy background and has had to work extremely hard for every sponsor that he’s got. It’s good to see that it can be done and he’s now racing with a manufacturer in only his third season, which is fantastic.”

It’s currently a case of small steps for Wilmot and Welch Motorsport, however, as the team’s first target is to have both cars on the grid this weekend, with Dan Welch having hopefully recovered from a broken foot. Then as Andy says, it should be onwards and upwards from Thruxton, and we look forward to watching his development.