Martin Donnelly to debut for Infiniti Support Our Paras Racing 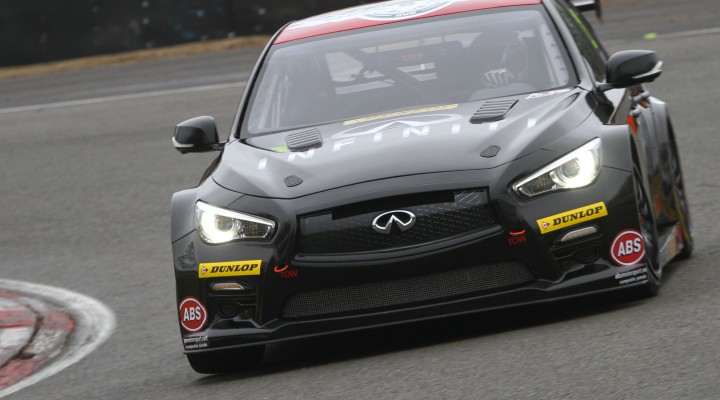 The former Lotus F1 racer will replace Richard Hawken and will partner Derek Palmer, from Lesmahagow and Zurich, in matching Infiniti Q50 race cars for the remainder of the season.

“It’s great to be involved with the inspiring Infiniti Support Our Paras Racing team, working alongside the injured ex-Paratroopers,” Donnelly said today, “and I’m looking forward to contributing to the team.

“I can relate to these guys with what they are trying to overcome with their disabilities, having suffered my own injuries back in 1990 at Jerez.

“Clearly it’s going to be a very steep learning curve, but I’m up for the challenge. My primary goal is to see the chequered flag at the end of Sunday’s three races, and I’m looking forward to racing in the BTCC this weekend”

Donnelly is best known for his recovery from the horrific 140mph crash he suffered in qualifying for the 1990 Spanish Grand Prix at Jerez. The accident ended his F1 career.

Donnelly sustained severe injuries in the crash, particularly to his legs, but also bruising to his lungs and brain. The Irishman returned to racing later that decade and most recently competed in the Lotus Cup UK alongside his son Stefan last year.