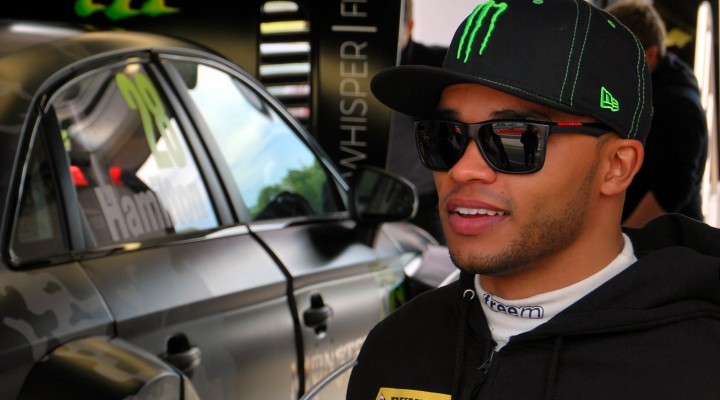 Nicolas Hamilton made his BTCC test debut today (22 May), completing some solid mileage at an often sun-baked Brands Hatch.

Driving his Monster-backed AmD Audi S3 Hamilton clocked a number of trouble-free laps throughout the day as he focused on acclimatising himself to NGTC machinery. The BTCC rookie had a few minor off-track excursions during the day, including an incident where he was tapped into a spin by another car, but overall he enjoyed an extremely successful test bow in perfect conditions.

Hamilton approached the day’s challenges with supreme professionalism and showed steady improvement throughout, much to the satisfaction of the man himself and his team.

“Today was all about getting myself used to the car,” said Nic. “It’s nothing like anything I’ve driven before so it’s a steep learning curve. I’m just delighted to have been out there as it’s something I’ve been looking forward to for a very long time. Now we can focus on making progress ahead of our first race weekend.”

The younger brother of Formula 1 World Champion Lewis made the headlines when announcing he would be contesting a half-season campaign in the 2015 Dunlop MSA British Touring Car Championship, becoming the series’ first ever disabled driver. His competitive debut will take place at Croft at the end of June with today marking a significant milestone in preparation ahead of that weekend.

“It’s been the kind of day you would expect and everything has pretty much gone to plan,” he continued. “We’ve been running on old tyres and not overly focused on set-up as the whole day has really been based around making myself familiar with new surroundings.

“We’re hoping to have another three or four test days before my first race weekend and I’m looking forward to joining the action at Croft. I’m not putting too much pressure on myself or setting any targets at this stage but I’m just really looking forward to the challenge.”

Team Principal Shaun Hollamby was pleased with Hamilton’s progress and that of his AmDTuning.com team which has undertaken the essential modifications to the stunning looking machine. Hamilton – who suffers from Cerebral Palsy – has required significant changes to the pedal set-up in his car while his clutch his hand controlled from the steering wheel via a paddle shift.

“Everyone has worked really hard to get to this point,” said Hollamby. “Team Manager Rob Tickner and the boys have done a great job and we’re really pleased with how Nic has approached his first day behind the wheel. We’ll gradually up the ante and I’m sure we’ll be ready for Croft.”

Part of that effort over the next few weeks also includes the rebuilding of Mike Bushell’s Ford Focus, which was involved in a hefty shunt at Thruxton last time out. The reigning Clio Cup champion was also on hand to oversee Hamilton’s maiden run as he awaits medical clearance to resume his own campaign at Oulton Park next month.

It’s set to be an extremely busy period for everyone involved in the Thurrock-based squad with further test dates for Hamilton already scheduled at Donington Park and Snetterton.