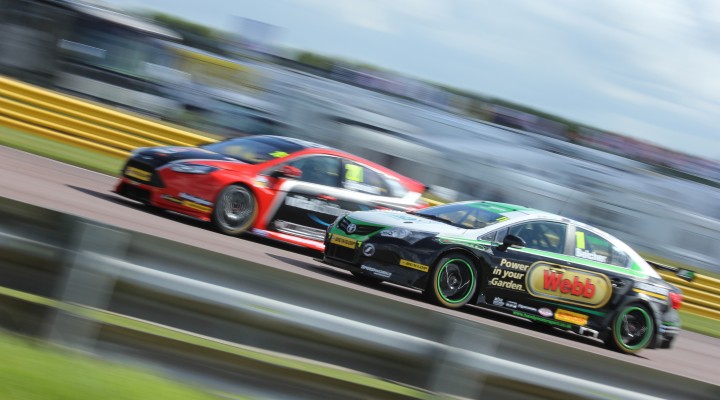 BTCC rookie Mike Bushell has endured a worrying time for myriad of reasons following his accident at Thruxton earlier this month, but the clouds are finally clearing after he received medical clearance to race next time out at Oulton Park.

How are you feeling following the accident?
It was quite a big one – you can replace a car but the same can’t be said for people! The injury itself is healing very quickly and physically I’m doing fine now, but to be honest I’ve been in limbo over my heart problem that I suffered in February.

I was desperate to be in the BTCC this year so I didn’t want to make a big deal of my heart condition. I had an inflammation of the heart muscle, which put me in a cardiac ward for a week during pre-season. I did get better but it actually took a lot longer than I thought to reach full fitness.

Obviously because of the nature of the accident at Thruxton and the doctors not knowing originally if I had broken my leg or if I would need surgery, it meant we had to disclose the information to the hospital. Of course this accident alarmed the doctors a little and I’ve been frantically waiting to be given the all clear and my license approved for racing, which thankfully has now happened.

Has it been a hectic time since confirming your drive in the BTCC?
Despite it having been a trying few months it hasn’t been all doom and gloom. I have already experienced being a BTCC driver, which nobody can take away from me. I have won a Clio championship and now I have been on the BTCC grid so I have been quite philosophical about it all, but I was of course hoping to get the all clear in time for Oulton.

We had a few handling problems at Brands Hatch but we sorted them as the weekend went on and race three was great. We had top ten pace at Donington Park but we unfortunately had a couple of mechanical failures and then of course there was Thruxton! Let’s just hope I can have a good weekend at Oulton Park.

Just how tough is the level of competition in the BTCC?
It’s hard; it’s very hard robust racing. I’ve fallen foul of it at times but it’s about getting to grips with it all. I must admit that when I sat on the grid at Brands for the first time when the lights came on and you see the smoke and flames from the other cars, plus the noise of course, I just thought ‘what am I doing?’ but in truth I’ve absolutely loved it.

Every position is fiercely fought for and you’re trying to find a gap to sneak into past the car ahead while also worrying about those behind you. The entertainment factor is phenomenal particularly with the ballast, reverse grid etc. and you’ve always got to keep the tactics in mind of those around you. It actually takes time to understand your rivals and how they all race, which is a really big factor in it all.

It would be good to target a reverse grid result in my first season – look at Josh Cook at Donington. I was convinced he was going to win that. He drove absolutely brilliantly but he benefitted from the reverse grid draw that day and I’m hopeful that I can get a bit of good fortune at some point too.

How impressed have you been with the support from the fans?
I’m always focused on the driving and maybe I’m not as forward as some of the other drivers. I must admit that I have been shocked at the following since joining the BTCC and particularly since the accident. The response has been unbelievable as I really didn’t realise the size of the following that both the series has and I seem to have so early in my BTCC career. I wouldn’t be back on the grid without their support – I just want to thank everyone for their help and I hope to give something back over the coming weeks.