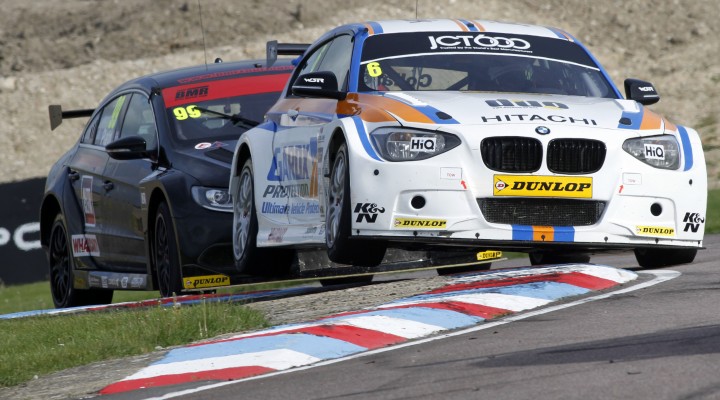 West Surrey Racing will be looking to reignite its title defence during the month of June with recent history suggesting it could be a fruitful period for the multiple champions.

Fighting for Constructors honours in 2015, the Surrey squad flew out of the blocks with pole position at Brands Hatch for series returnee Andy Priaulx. His stablemate Rob Collard won the season opener – the only race of the year when all cars run on base weight – and Priaulx bounced back from a tricky curtain raiser to claim second in race two.

Collard and his young team-mate Sam Tordoff also scored podiums at Thruxton last time out so it can hardly be considered a negative start to the campaign, but with Honda and Team BMR regular visitors to the rostrum and MG showing strong consistency, it’s clear that the trio of BMW 125i M Sports will need to show well at its favoured circuits.

“We hope this is a springboard for the rest of the season,” enthused Tordoff following his third place finish in Hampshire, while Collard claimed, “This was always going to be a difficult track for us but we’ve got some good results in the end – now we move on to Oulton Park and Croft, which suit our BMWs extremely well.”

The stats suggest Collard is correct as Colin Turkington claimed two victories at Oulton Park in 2014 and the former WSR man has taken four wins from the last six races at Croft. So now that the Northern Irishman has moved to pastures new it will be down to WSR’s 2015 trio to pick up the baton in Cheshire and Yorkshire respectively.

Priaulx is in an optimistic mood ahead of the weekend and said: “I think we have a stronger chance here, as it’s a circuit that should be more suited to our package. I am very optimistic after a strong performance in qualifying for Thruxton, as that was a track that is not the best for us. I have some clear aims for Oulton and for starters I want to be up at the front.  Obviously this begins with a good qualifying, so I can then avoid any dramas at the start of the first race. The boys at West Surrey Racing have given me a great car with good pace, so I feel I can maximise on this at Oulton and also the next few events.”

Priaulx hasn’t raced at Oulton Park since his first stint as a BTCC driver more than a decade ago, but he has extremely fond memories of the venue having taken pole position there on his series debut back in 2001.

“It is great going back to these iconic tracks that I last raced on in 2002,” he concluded. “In some ways things have changed a lot, but in others it feels as if time has stood still. The tracks are some of the most challenging and enjoyable in the world and I can’t wait to get out again at Oulton Park and reacquaint myself with the likes Knickerbrook, Dear Leap, Lodge Corner and Old Hall.”

Collard, Tordoff and Priaulx sit eighth, ninth and eleventh respectively in the current driver standings but with the points being so close throughout the order there is every chance they could be back in contention come the mid-season break.