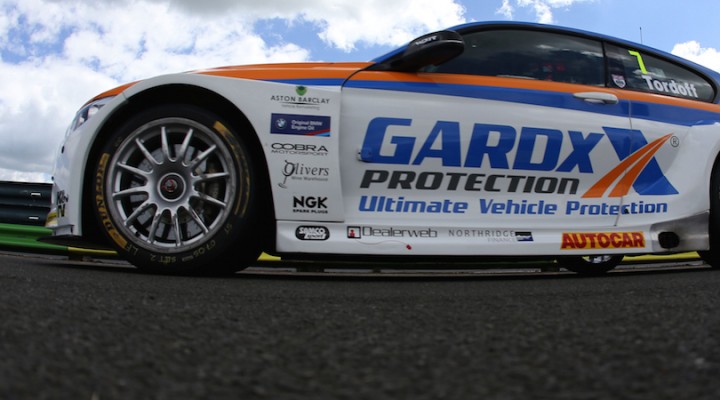 Team JCT600 with GardX driver Sam Tordoff held off another late charge from Tom Ingram to top the times in Free Practice Two at Croft.

The two talented young racers have been the stars of the show so far in North Yorkshire with Bradford man Tordoff delighting his home crowd with 1:24.534s lap time, eclipsing Ingram’s effort from the opening session.

“We didn’t get ahead of ourselves in FP1, I needed to familiarise myself with the circuit in a new car,” said Tordoff. “We were immediately on the pace with fresh tyres, but I also wanted to get an understanding of what it felt like to drive the BMW with tyres at different levels of wear. It’s a very abrasive track, the BMW manages its tyres a lot better than things I’ve driven before and we should have a bit of an advantage over a race distance because of that.”

Ingram was pleased to have backed-up his earlier pace with another lap good enough of the top two. “It has been a good morning so far, we can be fairly pleased with our position but we know we’ve got a little bit more to extract from the car,” he said. “It means there are no excuses for qualifying now, we’ve got to get it nailed. We’re looking at mid-24’s at the moment, but if track conditions are right pole will almost definitely be in the mid-23s. After a decent run in free practice we have to be aiming for top five in qualifying.”

A trio of West Surrey Racing BMWs held 1-2-3 in the timesheets for much of the running before Andy Priaulx and Rob Collard had to settle for third and seventh respectively. It’s undoubtedly encouraging signs for the champion squad, however, although Priaulx had to bounce back after hitting the tyre stack that lines the ultra quick chicane.

“It’s been a very good morning,” enthused Priaulx. “I’ve been quick straight out of the box having not been here for 14 years so that was a good feeling. Obviously tyre degradation is something we’ve all got to manage around here and I made a good race run at the end of that session. I’ve not put new tyres on yet so we’ll see how much quicker we can go. So far it’s all going to plan – I did clip the tyre bundle on my second flyer but you need commitment through there to get the best out of the lap.”

A number of cars made contact with the tyres while trying to gain an all-important tenth of a second, which eventually led to Martin Depper’s downfall. The Eurotech driver arrived at the chicane with the tyre stack having been dislodged into the middle of the track by another car. The Honda Civic had nowhere to go and inevitable contact followed. While the damage seemed relatively cosmetic it put paid to the impressive pace shown by Depper earlier this morning.

Gordon Shedden, Jack Goff and Adam Morgan made it five different marques in the top five with the MG of Goff sandwiched between two late lap times set by Shedden’s Honda and Morgan’s Mercedes.

Jeff Smith underlined Eurotech’s pace with seventh with the team seemingly set to enjoy its most competitive qualifying session of the season, whilst Aron Smith’s VW and Rob Austin’s Audi rounded out the top ten.

Team BMR is currently enduring its most challenging day of the 2015 season so far with both Jason Plato and Colin Turkington outside of the the first dozen. In fact it was a difficult session for four BTCC champions with Andrew Jordan, Plato, Turkington and Matt Neal ending up in 12th, 15th, 16th and 18th respectively.

Nic Hamilton and Max Coates continued to gain important mileage ahead of their maiden BTCC qualifying session with the former getting the better of his fellow debutant by just 0.034s.

Qualifying for round 13 of the Dunlop MSA British Touring Car Championship takes place at 15:45 later this afternoon with all the action being streamed live and exclusively at www.itv.com/btcc.