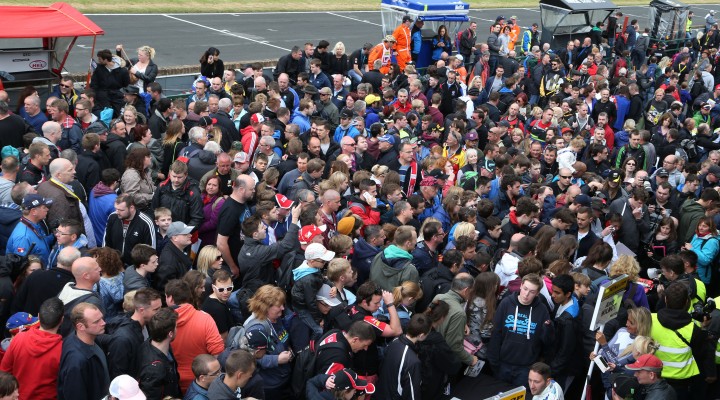 Croft Circuit is celebrating its biggest crowd in living memory, after the opening half of the 2015 Dunlop MSA British Touring Car Championship reached a captivating climax in North Yorkshire last weekend (27/28 June).

The BTCC is the UK’s premier motor sport series, and its annual north-eastern pilgrimage is invariably a popular occasion – this year, more so than ever before as thousands of fans thronged the track to see the tin-top gladiators in flat-out, wheel-to-wheel action.

The BTCC boys provided their usual thrills ‘n’ spills, with the 30-strong field going doorhandle-to-doorhandle over three 15-lap races that yielded victories for BMW trio Rob Collard, Yorkshire’s own Sam Tordoff and Andy Priaulx – the triple World Touring Car Champion making a welcome return to the top step of the BTCC rostrum for the first time in 13 years.

“We had an incredible day on Saturday – 40 per cent up year-on-year in terms of ticket sales – and a healthy increase on race day too,” confirmed circuit manager Mike Cantelo. “That’s a great reward for everybody here who has put in so much effort both during the build-up and over the weekend itself.

“It was a fantastic, bumper crowd – the best seen here in a very long time – and they enjoyed magnificent summer weather for most of the weekend, as well of course as some superb racing.

“As a friend of the circuit, we were delighted to witness Max Coates make his long-awaited BTCC bow and it was amazing to see Nic Hamilton out on-track, which is testament to his hard work, dedication and sheer bloody-mindedness.

“When this young man turned up to his first race meeting to watch his brother compete, he was still in a wheelchair – and now he’s racing a touring car himself. His is a thoroughly inspirational story, and I cannot think of a better role model.”