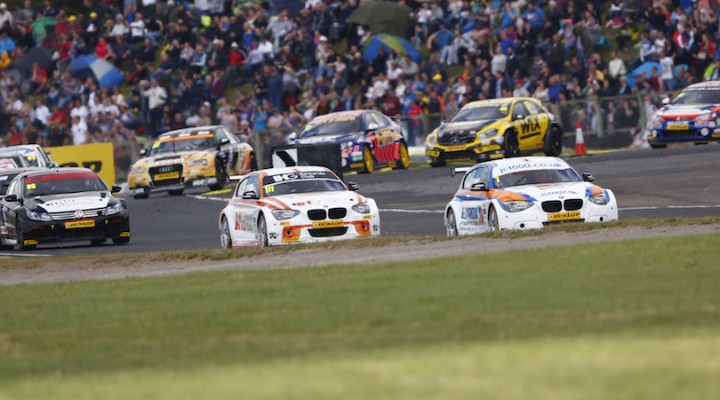 Up to 25 cars will take part in the tyre test at Snetterton later this month (16 July) after a significant sign-up from the current BTCC grid.

Series’ title sponsor and official tyre supplier – Dunlop – will be assessing 2016 compounds as part of the test day although the majority of running will be carried out on 2015 rubber.

Front-runners Honda, Team BMR, West Surrey Racing, MG, plus one other yet to be decided squad, will carry out Dunlop’s compound assessment. Only one car from each team will take part in that process with Colin Turkington, Matt Neal and Andrew Jordan confirmed so far.

Jordan will be the only MG on show throughout the day whilst Team BMR, WSR and Honda are currently scheduled to have a full quota of drivers.

Speedworks, Houseman Racing, Eurotech, AmD Tuning.com, Welch Motorsport, Support our Paras, RCIB Insurance Racing, Dextra Racing and Power Maxed Racing will all be on show at the Norfolk circuit, although the latter squad will also run only one car.

The circuit is open to spectators on the day with entry being completely FREE, so if you can’t wait until the race weekend in early August then this is your earliest opportunity to see the flame-spitting BTCC machines in action. The closed session will commence at 09:00 with testing being halted for a one-hour lunch break from 12:30. The seven hours of running will be concluded with an afternoon session from 13:30-17:00.

The BTCC Media Team will provide updates throughout the day while TSL’s Live Timing service will be available via the BTCC website, which can be viewed on desktops or on the move via tablets and smart phones.