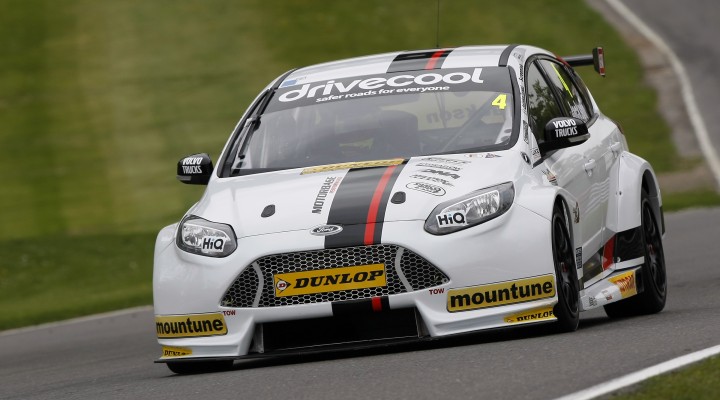 Motorbase Performance is set to return to the Dunlop MSA British Touring Car Championship (BTCC) grid for the remainder of the 2015 season with the new mountune-powered EcoBoost engine making its race debut at Snetterton on August 8/9.

Having taken a sabbatical from the BTCC for the first half of the 2015 season to develop the recently unveiled new 2 litre mountune-powered EcoBoost engine, the Wrotham-based team is now in the final stages of preparation for its return to the grid when the BTCC reconvenes at the Norfolk track after its annual summer break.“We’re all really looking forward to coming back to the championship at Snetterton;” commented Motorbase Team Principal David Bartrum. “It’s been a long winter for us but we’ve been far from resting on our laurels. The development work with the new mountune engine has gone really well and it’s exciting to be re-joining the BTCC and to see where we are compared to the rest of the grid.”“It will be an exciting challenge for Mat, James and the whole team;” Bartrum added. “A lot of hard work has gone into this project and l hope we can go out there and get some decent results as a reward. Obviously we can’t win the championship in the second half of the season, but we can go out there to win races and podiums and we’re up for the challenge.”

Expectations are high within the Motorbase camp following encouraging initial results from the squad’s extensive testing programme, and David Bartrum’s squad is eager to see how the Ford Focus ST compares against its counterparts when Mat Jackson and James Cole join upwards of 25 BTCC rivals on track for the first time this year for the official Dunlop tyre test at Snetterton this coming Thursday (July 16).

“It will be more of a test than it’s ever been before;” continued Bartrum. “We’re going all out for results, but having watched the first half of the season it’s very clear that touring cars and the teams have moved on in many different ways. We’ve just got to hope that what we’ve been doing away from the track is enough to keep up with them. That is going to be the major battle that we have to face.”

With changes to the success ballast and new race two qualifying regulations being introduced at the start of the 2015 season, the Motorbase squad will be stepping into somewhat unknown territory on its return to the championship but Bartrum insists that his team are up for challenge ahead.

“It’ll be quite interesting to see how we perform with the new ballast and soft tyre this year. Obviously we’ve been watching and following the comments to see how the different teams are coping with the changes and it’s probably been more of an education watching from the side-lines!”

Bartrum concluded; “In one respect, it’s good to be able to take a step back and watch from outside of the glass bowl, instead of being in it! Motorbase’s return will be very interesting for everyone I think.”

Driver quotes:
#4 Mat Jackson:
“The car has performed well in testing so it will be interesting to see how we compare against the Hondas, VW’s and BMW’s at the Dunlop test later this week. That aside, it’s great to be finally preparing for our come back next month.

“Everyone in the team has worked really hard behind the scenes to make this happen, and with new mountune engine and the chassis improvements I feel sure we have a very competitive package on our hands. We’re not here to make up the numbers, we’ll definitely up for the challenge and we’ll be going all out for race wins come Snetterton.”

#44 James Cole:
“We’re all really looking forward to getting back to the BTCC grid. It’s been interesting watching from the side-lines this year and some would argue that we may have learnt more than if we’d been racing, but we’ll see!

“We had a great test at Brands recently; mine and Mat’s driving style is very similar so we’ve been able to share data and set ups between us which should help us move forward quickly once we get back out on track. Even with the small amount of time that I’ve had in the Focus, everything is already there for me. There’s good data and it’s great to be in the team with Mat who knows the car inside out. I’ve just got to grab what’s already there and put it into practice.”

Please visit the Motorbase podcast channel to hear full interviews with David Bartrum, Mat Jackson and James Cole ahead of the Dunlop tyre test at Snetterton on July 16.