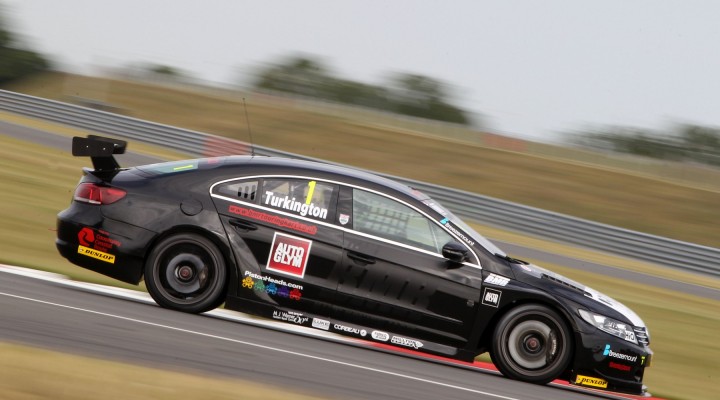 After a steady start to proceedings the Team BMR driver clocked his quickest tour on the 34th of 48 laps completed around the 2.97-mile layout. Turkington’s afternoon commitments will include the evaluation of some potential 2016 compounds for official tyre supplier Dunlop.

Andrew Jordan was just 0.049s in arrears as the MG Triple Eight driver enjoyed an impressive morning. The 2013 champion completed more laps than any other driver, 54, as the MG6 showed front-running pace throughout. Jordan’s workload is set to increase even further this afternoon with the team scheduling four full race runs for its lead driver, as the squad focusses on long-run set-up. Team-mate Jack Goff is absent from the test.

With the usual suspects filling the top four positions it was refreshing to see the late arriving Tom Ingram taking fifth. The young gun took his HGV test earlier this morning as part of a programme with one of his main sponsors – a process that he unfortunately failed – but the Speedworks driver was undeterred as he set an impressive time shortly before the lunch break.

Eurotech’s Jeff Smith and AmD’s Mike Bushell also sit inside the top ten in sixth and tenth respectively, the former recovering from a wild ride across the grass at the Bomb Hole during one of his flying runs.

Mat Jackson set the seventh fastest time for the returning Motorbase Performance squad, as the multiple race winner edged out Honda’s Matt Neal and WSR’s Andy Priaulx. West Surrey Racing were using Rob Collard as its ‘guinea pig’ in the main, with the experienced racer making regular alterations to his BMW 125i M Sport in search of the ultimate performance.

Other key info of note of course is the aforementioned compound evaluations being carried out by Dunlo, with Turkington, Jordan, Neal and Priaulx all taking part in the process. As an alternative to choosing a new soft tyre for 2016 Dunlop is also evaluating the hard compound (as used at Thruxton) as a full season option – Power Maxed Racing’s Josh Cook will be running that tyre.

Full times from the morning session can be found here. A full report will follow later this afternoon but you can stay in touch with live timing here.