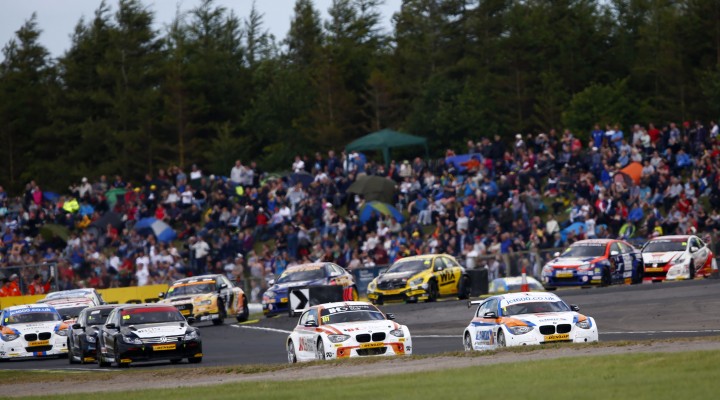 The highly successful consistency of its current format and order of ten events will continue for a fifth successive season, with Brands Hatch again bookending next year’s schedule.

The Indy Circuit layout will kick off proceedings in early April before Britain’s biggest series goes on to visit Donington Park, Thruxton, Oulton Park and Croft. Action will recommence at Snetterton following the traditional summer break, which will be followed by the series’ annual pilgrimage to Knockhill in Scotland. A Northamptonshire double bill at Rockingham and Silverstone are next on the agenda, ahead of the season finale on the legendary Brands Hatch Grand Prix circuit in early October.

The calendar will continue to comprise of 30 races across ten events, with three races of equal distance taking place on each scheduled weekend. The location and date for the annual Season Launch will be confirmed in the coming months.

The BTCC and its support series appears at all of the country’s major motor sport venues, providing a geographical spread which ensures that literally hundreds of thousands of fans can catch Britain’s biggest motor-racing package throughout the season.

Trackside and TV audiences for the BTCC have continued to grow year-on-year over the last decade with 2015 having already enjoyed huge attendances during the first half of the season. Each venue permits free admission for children – some for up to 16-year-olds – to its BTCC event, further broadening the championship’s appeal among family audiences and the next generation of fans.

ITV4 will continue to broadcast every race weekend live, free-to-air and in high definition in 2016, as well as live streaming via the ITV website. Regular highlights programmes will also be screened on both ITV and ITV4 following each event.

*all events subject to contract