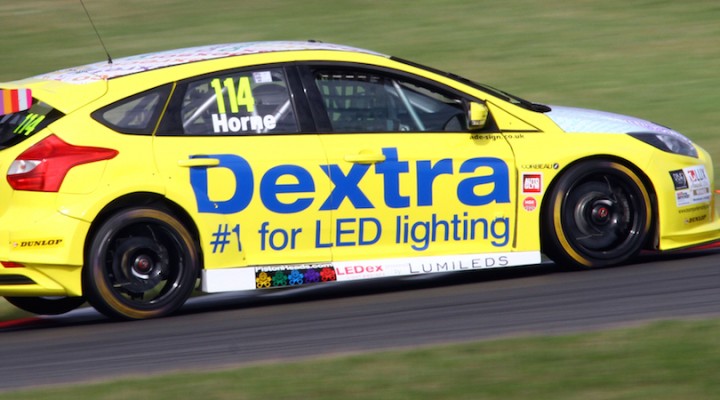 The Dextra Racing Ford Focus will be driven by Barry Horne at Snetterton this weekend (8/9 August) after a late entry change.

Former Porsche Carrera Cup GB Champion Horne has a wealth of experience but was only notified of the change early this morning after Alex Martin’s wife went into labour.

Horne completed 15 laps in the opening Dunlop MSA British Touring Car Championship free practice session at the Norfolk circuit and will continue to build momentum behind the Team Parker Racing-run machine throughout the day.

37-year-old Horne raced in the likes of Caterhams and Formula Ford before going to win the inaugural Carrera Cup GB series in 2003, where he beat well known GT driver Richard Westbrook to the title. He has competed in a number of races over the last decade including the renowned Nurburgring 24 Hours.

Martin is expected to return to the car for the next round at Knockhill in two weeks time.